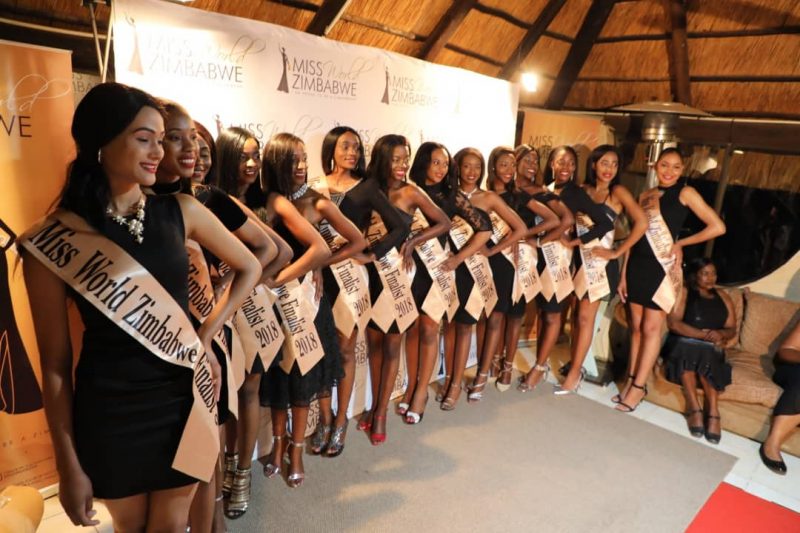 THE ramp is now set for this year’s edition of the prestigious Miss World Zimbabwe grand finale after the pageant organisers unveiled the 14 finalists vying for the crown at the sashing ceremony in Harare last week.

The finale will be held under the theme ‘Embracing A Woman As A Symbol of Beauty’ on September 8 at Orchids Garden in Domboshava, Harare.

It all started with 22 beauties drawn locally and internationally with just 14 surviving evictions in the boot camp, where eight girls were eliminated.

Six girls were eliminated from the boot-camp for lack of competency after failing to pass the various tasked activities while two of the contestants were evicted for violation of camp’s rules and regulations.

Addressing guest, mainly parents of the models at the ceremony, Miss Zimbabwe Trust (MZT) administrator Christine Matambo said indiscipline would not be tolerated in the country’s flagship beauty pageant.

“Our duty as Miss Zimbabwe Trust is to nature the girl child and produce fine polished young women who can take the brand Zimbabwe to greater heights,” she said.

“Indiscipline is not tolerated that is why some have failed to make it to up to this sashing ceremony.

“After this sashing ceremony, boot camp continues until the final day (September 8), but there will no further elimination unless there is need to, only in connection with disciplinary issues.”

Those who want to attend the finales will have to fork out a whopping $300 per head or $3,000 per table with tickets now available at Miss Zimbabwe Trust offices located at number 14 Boundary Road Highlands, Harare.

MZT spokesperson Tendai Chirau said hosting of Miss World Zimbabwe pageant is not a business, but a charity initiative were the wife of the Vice-President Constantino Chiwenga’s wife, Mary, who happens to be the licence holder gives back to the community through empowering the girl child.

“There is nowhere you can get profit in this venture, unless if you have an increase in corporate support because if you look at the expenses that we use minus the money that we get through the tables, that money does not even reach anywhere close to the figures we could have placed,” he said.

“It is not that easy to host a modelling pageant like Miss World Zimbabwe because it involves a huge budget that only shows how committed the vice president’s wife is, to empowering the girl child,” he said.

Apart from the modelling extravaganza, four top international artistes are billed to provide entertainment alongside Zimbabwe’s finest at the pageant’s finale.