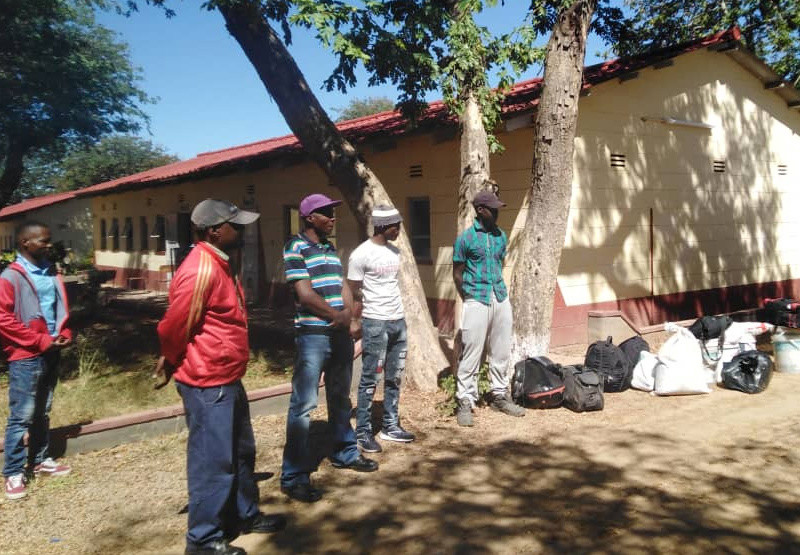 A QUARANTINE centre has been opened at Mosi-oa-Tunya High School in Victoria Falls for returning Zimbabweans as part of government’s measures to curb the spread of COVID-19.

A total of 29 people are already under quarantine at the school after they were deported from Botswana, Namibia and Zambia.

They will be kept at the school during the mandatory 21 days.

The Matabeleland North provincial taskforce identified the government school as the quarantine centre for Zimbabweans returning into the country through the Victoria Falls, Kazungula and Pandamatenga border posts in the wake of COVID-19, which has infected 25 people and killed three in the country.

While there are nearly 1 000 Zimbabweans who were deported from Botswana and are quarantined in Bulawayo and Plumtree, authorities said the number of returnees in Victoria Falls could rise sharply as more are expected to be deported especially from Botswana.

Meanwhile, Matabeleland North Minister of State, Richard Moyo who visited the centre during a tour of isolation centres around the province had a tough time explaining to the deportees about the need for them to remain isolated.

This follows reports that some were declining to be accommodated at the school citing poor conditions.

“You are not under arrest at all and neither is anyone accusing you of anything. This is just a procedure where you should be here for 21 days so that you get tested and monitored before you go home. You will be in government hands and the social welfare will take care of you,” Moyo told the returning citizens.

According to the social welfare department, the school has capacity to accommodate up to 100 people while a new facility will be identified for more arrivals.

While isolation centres have been established in all districts across the province, Victoria Falls has two centres while Hwange has three. The two towns are viewed as high-risk areas because of their tourism and mining activities.