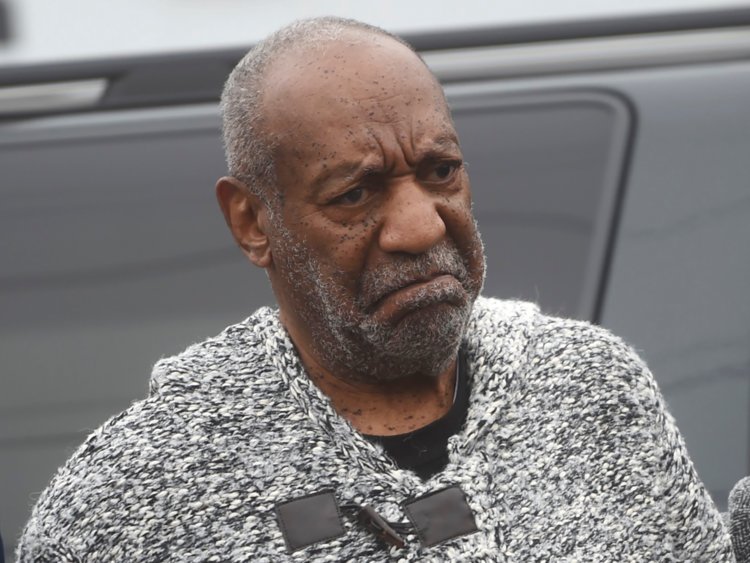 Bill Cosby lashed out at prosecutors after a jury convicted him of three counts of aggravated indecent assault.

Cosby stood up and erupted after jurors left the courtroom. He used an expletive to refer to District Attorney Kevin Steele, who was arguing to revoke Cosby’s bail. Cosby shouted, “I’m sick of him!”

The judge ruled that Cosby will remain free pending sentencing.

Cosby was convicted Thursday of drugging and molesting a woman 14 years ago.

The 80-year-old entertainer stared straight ahead as the verdict was read. His chief accuser, Andrea Constand, remained stoic. Shrieks erupted in the courtroom and some of his other accusers whimpered and cried.

Judge Steven O’Neill told the panel of seven men and five women that it was “an extraordinarily difficult case.” He says the jurors “sacrificed in the service of justice.

‘THE FIGHT IS NOT OVER’

Cosby’s lawyer says the “fight is not over” after the 80-year-old comedian’s conviction on sexual assault charges.

Tom Mesereau spoke Thursday outside the suburban Philadelphia courthouse where a jury found that Cosby drugged and molested a woman at his home in 2004.

Mesereau says Cosby will appeal his conviction on three counts of aggravated indecent assault. Each count carries a maximum of 10 years in prison. He’ll be sentenced in 60 to 90 days.

Cosby said nothing to reporters but acknowledged the crowd on the courthouse steps, then gave a thumbs-up as his car pulled away.