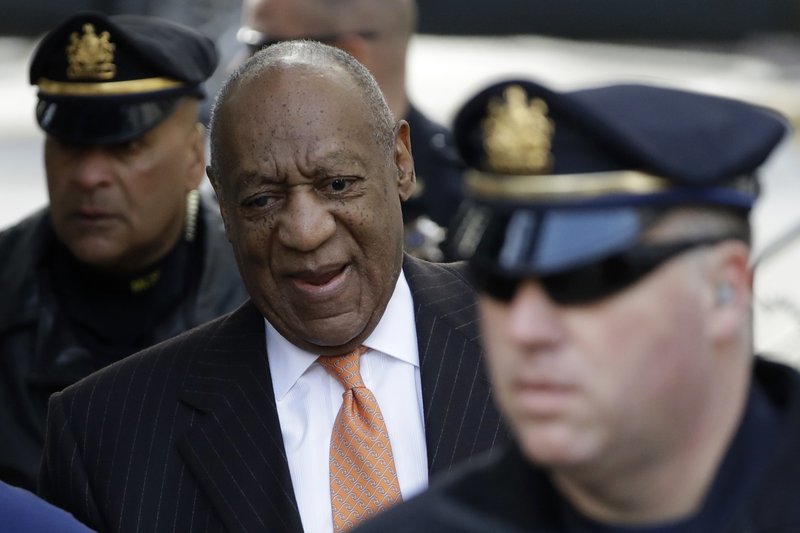 THE defence in Bill Cosby’s sexual assault retrial is expected to use its opening statement on Tuesday to portray a $3.4 million settlement paid to the woman he’s charged with sexually assaulting as evidence of her greed.

Cosby lawyer Tom Mesereau has signaled he intends to use the settlement to argue that Andrea Constand falsely accused the man once revered as “America’s Dad” in hopes of landing a big payoff.

District Attorney Kevin Steele revealed the previously secret settlement amount in his opening statement on Monday, but didn’t connect the dots to the prosecution’s earlier suggestions that Cosby wouldn’t have paid out so much money if the accusations against him were false.

Mesereau, who won an acquittal in Michael Jackson’s 2005 child molestation case, has said the jury will learn “just how greedy” Constand was.

The settlement amount had been confidential — and was kept out of the first trial — but a judge ruled that both sides could discuss it at this one.

“The question that I’m sure we’re going to hear a lot about is, why would an innocent man pay $3.38 million for something he didn’t do?” said lawyer Dennis McAndrews, who prosecuted chemical heir John E. duPont for murder in 1997 and is not associated with the Cosby retrial.

Cosby, 80, is charged with drugging and molesting Constand, a former employee of Temple University’s basketball program, at his suburban Philadelphia home in 2004.

Constand says he gave her pills that made her woozy, and then penetrated her with his fingers as she lay incapacitated, unable to tell him to stop.

Cosby’s first trial last spring ended with the jury hopelessly deadlocked. His retrial is expected to last a month.

Cosby faces three counts of aggravated indecent assault, each punishable by up to 10 years in prison.

At a pretrial hearing last month, Assistant District Attorney Stewart Ryan previewed how the prosecution might counter the defense’s allegations that Constand was setting up Cosby. He alluded to a 1997 case in which Autumn Jackson threatened to go public with claims she was Cosby’s daughter unless he paid her $40 million.

“Of course, people attempted to extort the defendant in the past, and what did he do? He called the police,” Ryan said.

He arrived at the courthouse Tuesday amid heightened security after a topless protester who appeared on several episodes of “The Cosby Show” as a child jumped a barricade and got within a few feet of Cosby as the comedian entered the courthouse.

He was surrounded by five sheriff’s deputies as he walked inside Tuesday.

The woman, whose body was scrawled with the names of more than 50 Cosby accusers as well as the words “Women’s Lives Matter,” ran in front of Cosby and toward a bank of TV cameras but was intercepted by sheriff’s deputies and led away in handcuffs. Cosby seemed startled by the commotion as a half-dozen protesters chanted at him.

The protester, Nicolle Rochelle, 39, of Little Falls, New Jersey, was charged with disorderly conduct and released.

“The main goal was to make Cosby uncomfortable because that is exactly what he has been doing for decades to women,” she said afterward.

Rochelle, an actress, said she didn’t have any bad experiences with Cosby when she was on the show, nor did she intend to physically hurt him. She is a member of the European feminist group Femen, which is known for staging topless protests around the world.

“It’s a different world. Things have changed,” Wyatt told The Associated Press, referring to recent mass shootings and other cases. “You never know who’s going to want to make a name for themselves.”

The AP does not typically identify people who say they are victims of sexual assault unless they grant permission, which Constand has done.