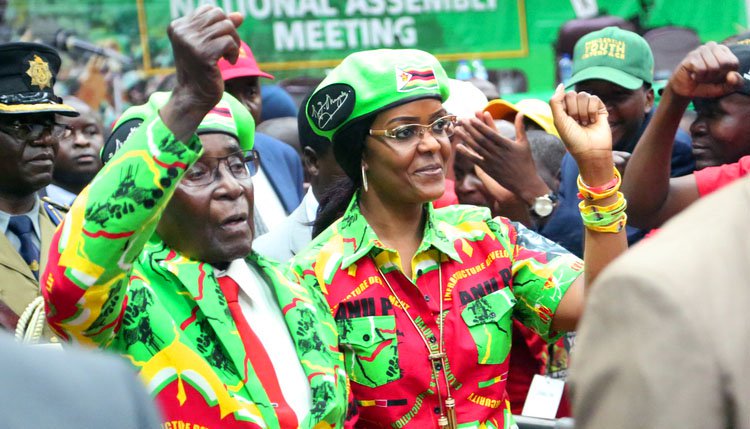 This comes as it turned out the so-titled Robert Gabriel Mugabe Youth Day was a damp squib, with the MDC-T youths describing it as a waste of time.

In earlier interviews with NewZimbabwe.com, an upbeat ZANU PF secretary for youth affairs Pupurai Togarepi said they were going to visit Mugabe as party youths to sing for him on the occasion of his birthday.

But he was, instead, forced to sing a different tune when he refused to discuss anything to do with the planned events which he insisted were private.

Further challenged that Mugabe’s past birthdays were not as private as he claimed, Togarepi refused to discuss that, insisting that was “neither here nor there”.

He was, however, too happy to tell this reporter that they used the day to go and “see disadvantaged members of society, cleaning streets, engaging party youths and counselling them on how they can improve their lives”.

MDC-T youth affairs secretary general Lovemore Chinoputsa said it was amiss to celebrate Mugabe’s birthday after what the ex-leader did to their late party President Morgan Tsvangirai in 2008.

“I believe Robert Mugabe eroded his legacy by blocking our President Morgan Tsvangirai from taking over as President when he had won elections in 2008,” he said of the tense election which saw Mugabe overturn his defeat in an inconclusive poll through a violent run-off election in which the popular opposition claimed to have lost over 200 of its supporters through state sponsored violence.

“Mugabe also eroded his legacy by remaining in power for way too long and hindering development,” Chinoputsa said.

Meanwhile, there were no newspaper adverts which usually dominated State media pages on Mugabe’s birthday during his reign as companies took a cautious stance on how to approach the question on how Mugabe should be treated after his reign.

Current President Emmesron Mnangagwa has continuously exalted his predecessor although it remains apparent tensions remain between the former allies.

Mugabe, on his part, was conspicuous by his silence on a day that was reserved to celebrate his legacy.

Zimbabwe’s sole leader for 37 years was ousted in a November military takeover of government that forced him to resign.

However, Mnangagwa resolved to maintain his birthday as a public holiday.

It was the first time the Robert Gabriel Mugabe Youth Day was being celebrated as a public holiday on the country’s political calendar.