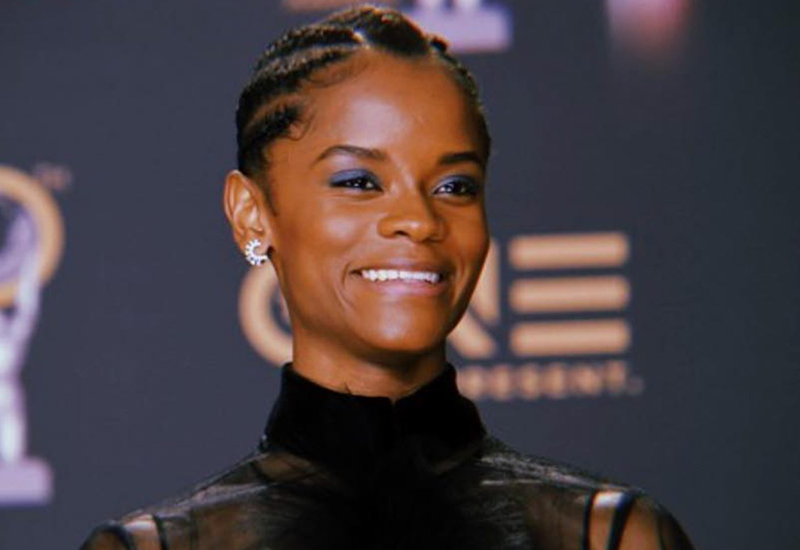 Wright’s character takes center stage as Shuri who ventures into womanhood after the death of T’Challa. She’ll be looked upon to take the iconic Black Panther mantle in “Black Panther: Wakanda Forever,” which releases in theatres Friday. Chadwick Boseman, who played T’Challa died in August 2020.

In between “Panther” films, Wright took on a few movie projects that exercised her dramatic acting chops.

“I always try to do things that are outside the box and what people wouldn’t expect,” said Wright, who starred in dramas “The Silent Twins” and “Aisha.” She also stars in “Surrounded,” which releases next year. The actor said each of those projects challenged her enough to “stretch me as an artist.”

“That naturally helped me grow a lot more,” said the actor, whose Shuri character also appeared in “Avengers: Infinity War” and “Avengers: Endgame” as Wakanda’s princess and chief scientist. “We know Shuri as the fun, vibrant sister of the first film. … But in the film, we really followed that journey of womanhood for her.” 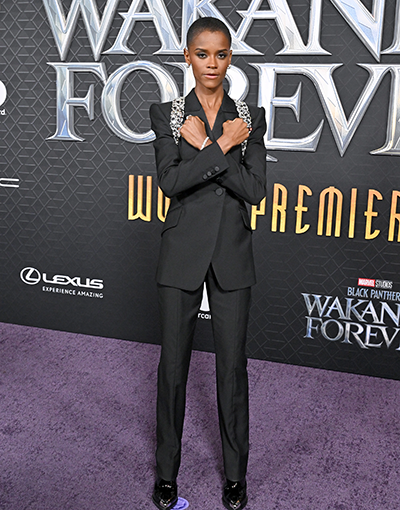 For the “Black Panther″ follow, Coogler had developed a screenplay centered around T’Challa grieving lost time following Thanos’ snap in “Avengers: Infinity War,” which caused a five-year “blip.” But after Boseman’s death, Coogler and filmmaker Joe Robert Cole went back to the drawing board. They worked up a script that delved more into the concept of Wakanda’s grief in the wake of T’Challa’s death.

Coogler said Boseman’s family signed off on his character’s “respectful” death in “Wakanda Forever.” In the new film, the Wakandans are put in a peculiar spot to protect their nation without T’Challa against a new nemesis, Namor, a sub-marine Talocan leader who has extraordinary mutant-like abilities and can fly with the aid of tiny wings on his ankles. Namor is played by Tenoch Huerta.

“This script was born of the truth in our lives that we had lost Chadwick Boseman,” said Lupita Nyong’o, who plays Nakia, a war spy and T’Challa’s lover. She said the characters dealt with T’Challa’s loss differently in the film.

“For me personally, I was relieved that we got to speak our truth,” Nyong’o said. “We got to express the grief that we were feeling and put it to good use.”

Wright and Nyong’o said they used their grief over Boseman to fuel their performances, while Coogler said his mournful remembrance of the late actor helped motivate him through his writing and directing process. The director said several photos of Boseman were posted on set, and a prop master put inside Coogler’s trailer a shield and spear that T’Challa held during a duel with Michael B. Jordan’s Killmonger at Warrior Falls in “Black Panther.”

Before filming the project, the entire cast — including the newcomers — visited Boseman’s burial site. It turned into a bonding moment.

“We tried to make a movie to honour the legacy of Chadwick,” Huerta said. “The movie is about grieving. It was happening at the same time as reality. They were able to integrate what was happening in real life into fiction. Art is kind of therapy. It helped us deal with the reality and things we can’t understand.”

The cast leaned on each other during the filming process, which had several setbacks and obstacles. Production took longer than expected after Wright was injured while filming a stunt, and several cast and crew members tested positive for the COVID-19 virus. Wright was attacked for sharing an anti-vaccination video, and Coogler was briefly handcuffed by Atlanta police after being mistaken for a bank robber earlier this year.

“We certainly had bumps in the road, but people pulled together,” said Nate Moore, the vice president of production and development at Marvel Studios. He was a producer on the “Captain America: The Winter Soldier,” “Eternals” and executive producer on “Black Panther.”

Moore said the filming experience of “Wakanda Forever” was the toughest, but he said the whole cast and crew showed resilience through adversity.

“They didn’t pull apart,” Moore said. “If it were a different filmmaker, who didn’t have such great relationships with everybody, we would’ve seen a lot more partition from the crew, which we didn’t really. The cast could’ve gotten frustrated with the stopping and starting that we were forced to do, but they didn’t. They believe in what this movie was about and Ryan’s vision. As hard as it was, we had each other.”

Nyong’o said cast members comforted each other in grieving Boseman while attempting to keep the kingdom of Wakanda moving forward.

“It was joyful and sometimes it was hard,” she said. “But there was a lot of levity as well, because we had so many powerful, joyful memories of Chadwick to share with one another.”