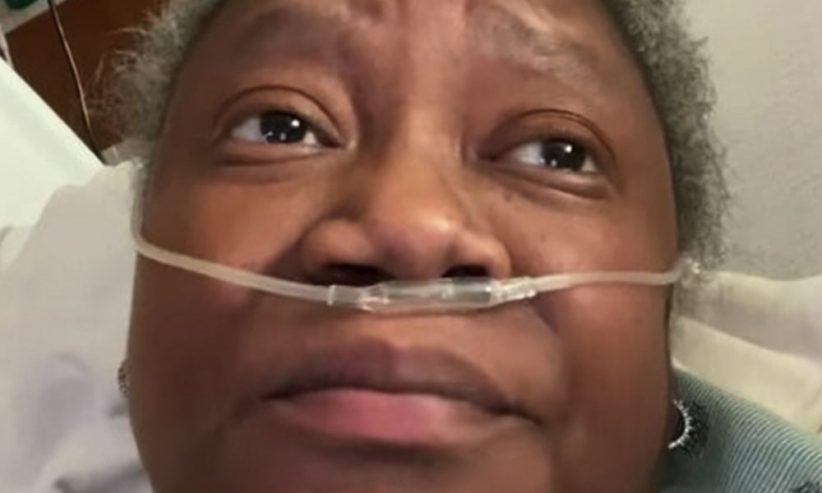 A black physician in Indianapolis has died with Covid-19 weeks after she accused a doctor of denying her proper medical care because of her race.

In a video from her bed at Indiana University Hospital North, Susan Moore said she had to “beg” for treatment.

Offering its condolences, the hospital said it took accusations of discrimination very seriously but could not comment on specific patients.

Black people are at greater risk from Covid than white people, studies show.

Dr Moore, 52, passed away at another local hospital on Sunday.

In her 4 December post on Facebook, she described how her pain had been downplayed by the doctor, whom she said was white, though she had been crying and having difficulty breathing.

“He did not even listen to my lungs, he didn’t touch me in any way. He performed no physical exam. I told him you cannot tell me how I feel,” she wrote.

A statement from the hospital said “as an organisation committed to equity and reducing racial disparities in healthcare, we take accusations of discrimination very seriously and investigate every allegation”.

“We stand by the commitment and expertise of our caregivers and the quality of care delivered to our patients every day,” it added.

Dr Moore is survived by her 19-year-old son, Henry, and her parents, who suffer from dementia, according to a GoFundMe page set up to help cover the family’s expenses. The page has already raised more than $102,000 (£75,000).

‘This is how black people get killed’

Dr Moore tested positive for Covid-19 on 29 November and was admitted with a high fever while she coughed up blood and struggled to breathe. But even as a physician herself, she said she had struggled with getting care.

Dr Moore said she had had to plead for antiviral Remdesivir doses and request a scan of her chest. The doctor at one point reportedly told her she did not qualify for the drug and that she should go home.

“He made me feel like I was a drug addict,” Dr Moore said in a Facebook video. “And he knew I was a physician. I don’t take narcotics. I was hurting.”

Dr Moore wrote she had requested a medical advocate and had asked to be transferred elsewhere. She was eventually discharged but had to return hours later after experiencing a drop in blood pressure and fever.

“This is how black people get killed,” Dr Moore said. “When you send them home and they don’t know how to fight for themselves.”

Her post later included an update saying the hospital’s chief medical officer had said staff would receive diversity training. But a promise for an apology from the doctor she accused of discrimination fell through.

“I put forward and I maintain, if I was white, I wouldn’t have to go through that,” she said.

Dr Moore’s experience and death has sparked an outcry over US healthcare disparities faced by black Americans.

The virus has disproportionately affected black and other minority communities in the US. Black Americans are three times more likely to die from the virus than white Americans.

An analysis by the Brookings Institution reported “in every age category, black people are dying from Covid at roughly the same rate as white people more than a decade older”.