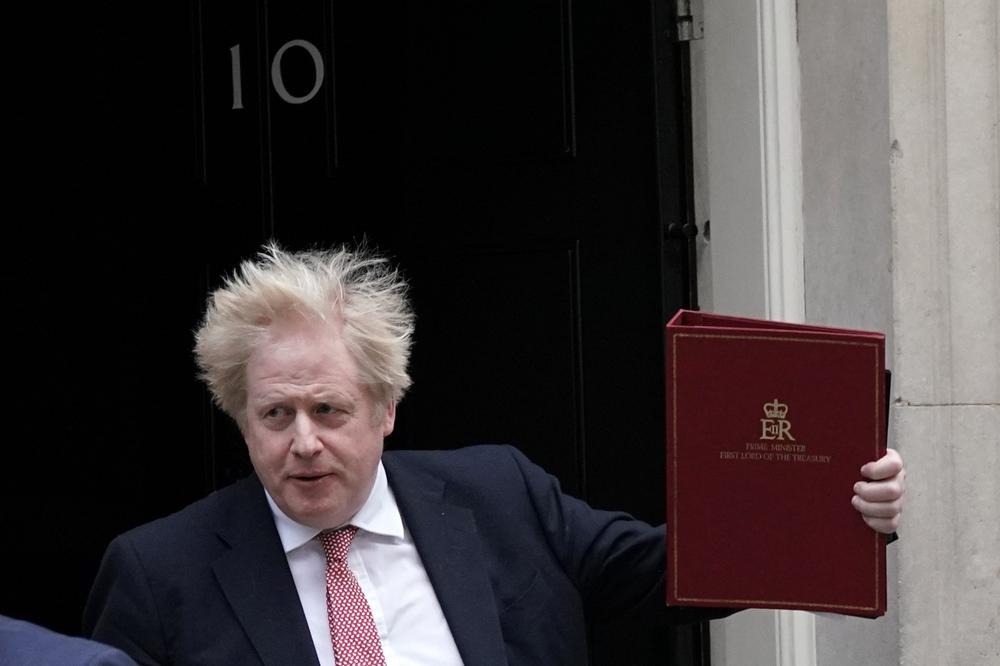 LONDON: British Prime Minister Boris Johnson is scrapping the last domestic coronavirus restrictions in England, including the requirement for people with COVID-19 to self-isolate, even as he acknowledged Monday the potential for new and more deadly variants of the virus.

Johnson told lawmakers in the House of Commons that the country was “moving from government restrictions to personal responsibility” as part of a plan for treating COVID-19 like other transmissible illnesses such as flu.

He said it marked an end to “two of the darkest, grimmest years in our peacetime history.”

“Today is not the day we can declare victory over COVID, because this virus is not going away,” Johnson said at a televised news conference. “But it is the day when all the efforts of the last two years finally enabled us to protect ourselves whilst restoring our liberties in full.”

Monday’s announcement applies only to England, which is home to 56 million of the U.K.’s 67 million people. It leaves England with fewer restrictions than most other European countries, with the exception of Denmark.

Many people in England who think they have COVID-19 may now never know for sure. Starting April 1, lab-confirmed PCR tests for the virus will be available free only to older people and the immune-compromised. The government will also stop offering the public free rapid virus tests, though they will be available for purchase.

Yet the government stressed that the pandemic isn’t over and the virus could still spring nasty surprises. Johnson said scientists were “certain there will be new variants and it is very possible they will be worse than omicron,” the currently dominant strain. 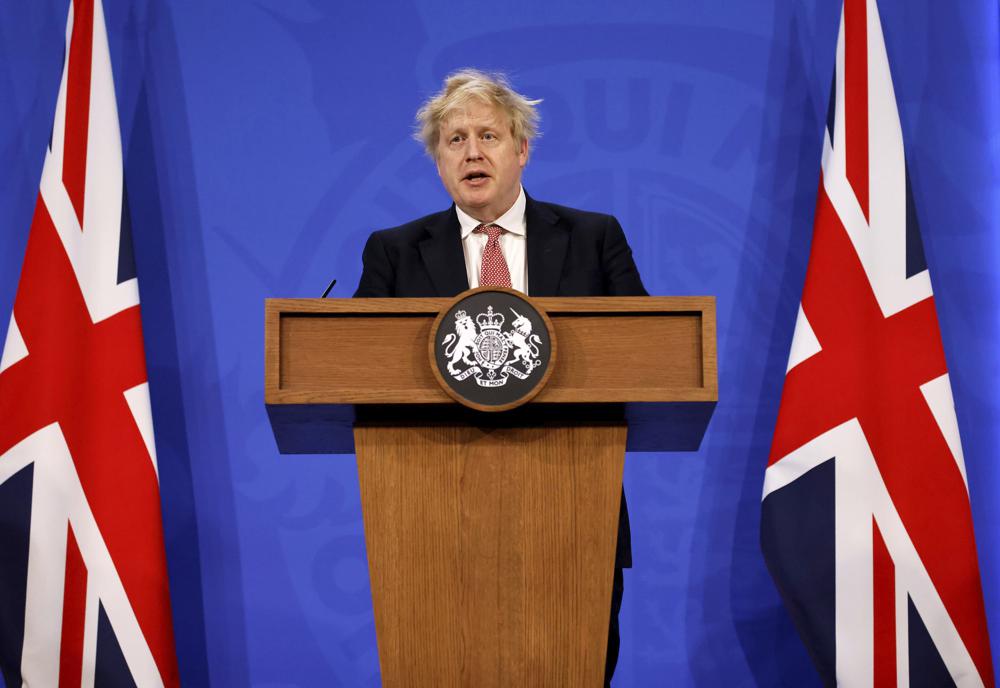 Johnson said the fact that Queen Elizabeth II tested positive for COVID-19 on Sunday was a reminder that this virus was still prevalent. Buckingham Palace said the 95-year-old monarch was experiencing mild, cold-like symptoms.

The government plan foresees keeping the virus in check with vaccines and treatments. Everyone 75 and older will be offered a fourth vaccine dose, along with those 12 and up who have conditions that make them vulnerable to severe disease.

Some scientists said removing all restrictions was a risky move that could bring a surge in infections and weaken the country’s defences against more virulent future strains.

The government insisted it would retain a strong surveillance system, including the Infection Survey conducted by the Office for National Statistics, which is considered invaluable because it tests people whether or not they have symptoms. It said it also will keep the ability to ramp up testing if needed.

Chris Whitty, the chief medical officer for England, said prevalence of the virus was still “very high” and urged people to continue to self-isolate if they had COVID-19.

“People should still, if they have COVID, try to prevent other people getting it, and that means self-isolating,” he said.

“’Ignorance is bliss’ is not a responsible approach to a deadly virus,” Starmer said.

Johnson’s Conservative government lifted most virus restrictions in January, scrapping vaccine passports for venues and ending mask mandates in most settings apart from hospitals in England. Scotland, Wales and Northern Ireland, which set their own public health rules, also have opened up, although more slowly.

A combination of high vaccination rates in the U.K. and the milder omicron variant meant that easing restrictions last month didn’t lead to a surge in hospitalizations and deaths. Both are falling, though the U.K. still has Europe’s highest coronavirus toll after Russia, with more than 161,000 recorded deaths.

In Britain, 85% of people age 12 and up have had two vaccine doses and almost two-thirds have had a third booster shot.

Monday’s announcement was cheered by many Conservative Party lawmakers, who argue that the restrictions were inefficient and disproportionate. It could — and critics say was designed to — shore up Johnson’s position among party lawmakers, who have been mulling an attempt to oust him over scandals including lockdown-breaching government parties during the pandemic.

But some scientists expressed alarm, saying that ending support for people to test and isolate would hit poor people the hardest.

“Today’s announcement is not a plan for living with COVID, it is a plan for reducing spending on testing and cutting support for people who have or may have COVID,” said Trish Greenhalgh, professor of primary care health services at the University of Oxford.

“Learning to live with COVID does not mean pretending it isn’t highly prevalent or pretending the virus is no longer dangerous,” she noted.