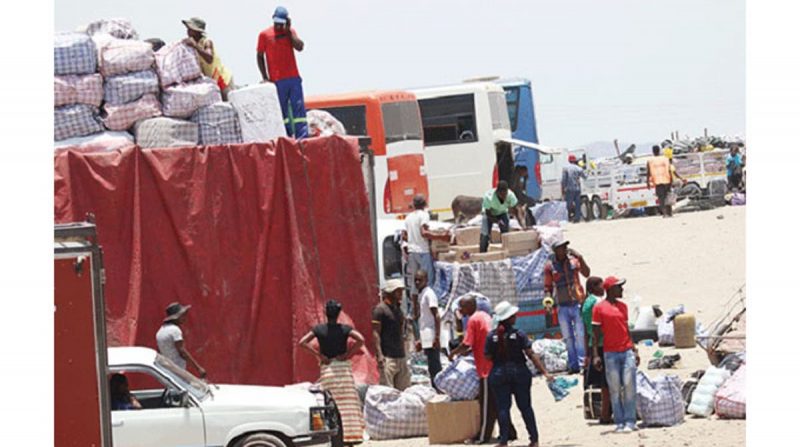 THE Zimbabwe Human Rights NGO Forum has raised alarm over the citizens’ defiance of Covid-19 reintroduced Level 4 lockdown restrictions despite an increase in cases of deaths and new infections caused by the pandemic.

The Forum is a coalition comprising of 21 non-governmental human rights groups in the country.

It encompasses reports gathered nationally by the Zimbabwe Peace Project (ZPP), the Counselling Service Unit (CSU) and the Zimbabwe Association of Doctors for Human Rights.

In a report released this week, the Forum said there was need for the government to respond urgently and deal with the Covid-19 pandemic.

“The Forum remains deeply concerned with the continued defiance of Covid-19 regulations by citizens amidst evidence of increasing cases of the virus. In light of the above, the Forum reiterates the need for effective and meaningful strategies by the government to respond to and to deal with the Covid-19 pandemic,” it said in its report.

In the report, the Forum said business at Mbare’s Magaba home industry in Harare had resumed despite a ban by the government stopping informal traders from operating.

“Vendors have flocked the Siyaso, Magaba and Mupedzanhamo areas to sell their wares. In Bulawayo, police officers resorted to the deployment of water cannons in the central business district to disperse people who were loitering. Reports from Gwanda also indicate widespread defiance of the national lockdown regulations,” reads the report.

Meanwhile, the Forum has raised concerns over gross human rights violations by the law enforcers during lockdown and challenged the government to improve the deteriorating state of the country’s prisons.

The Forum’s report states that nine cases of assault and torture by state security agents against civilians were received in Hwange, Binga, Bulawayo, Chipinge and Figtree. In the city of Gweru and Nkulumane (a suburb in Bulawayo), 25 cases of arbitrary arrests were reported while one journalist was arrested.

“On 18 January, Fadzayi Mahere reported that she had contracted Covid-19 whilst in detention despite having been in an isolation cell and quarantine section at Chikurubi Maximum Prison. The torrid prison conditions and the risk associated with the spread of Covid-19 also prompted Alan Moyo to file an urgent application at the High Court challenging the exposure of inmates to Covid-19,” reads the report.