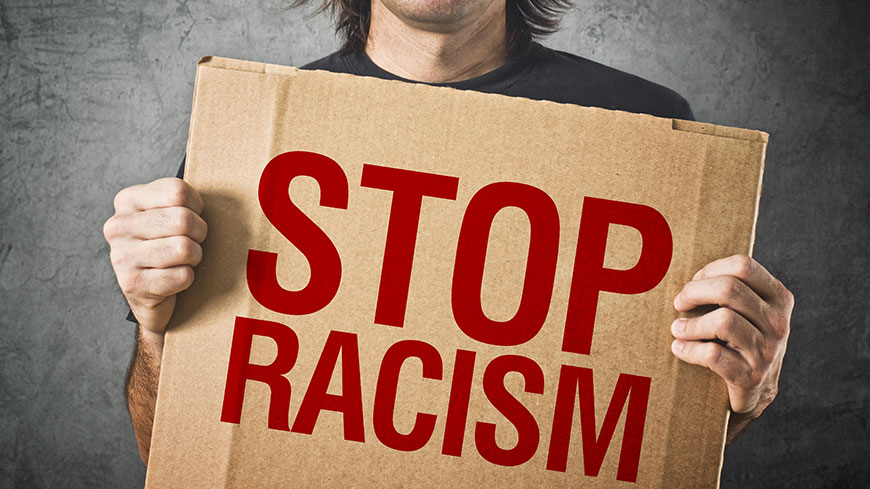 As coronavirus continues to rampage across the globe, it has become apparent that, while biologically the virus may not discriminate, it is having a much worse effect on people from ethnic minorities.

As the researcher Omar Khan has noted, BAME Covid-19 deaths “track existing social determinants of health” such as overcrowding in homes, insecure work and lack of access to green spaces.

In other words, the virus is hitting people harder not because it can see their race but because “racialised” people – those who are categorised by societies as, say, black or brown – are more vulnerable.

And this is not the only way that race is playing a role in the crisis. All around the world, minority communities are disproportionately targeted by ramped-up policing that has accompanied the enforcement of lockdown measures.

Data from New South Wales in Australia reveals that, although the richer, whiter Sydney beach suburbs have the majority of Covid-19 infections, it is in the neighbourhoods with larger numbers of people of migrant origin and indigenous Australians that people have received the most fines for breaching social distancing directives.

The US has seen a business-as-usual approach to police brutality targeting black people while, at the same time, groups of overwhelmingly white people in New York’s West Village freely breached social distancing.

Some voices are uninterested in this connection between race and the virus or treat it with derision. “Campaigners are twisting BAME Covid data to further their ‘victimhood’ agenda,” reads a commentator in the Daily Telegraph. An article in Quillette – the online magazine of the so-called “intellectual dark web” – asks the question “Do Covid-19 racial disparities matter?” before concluding: “The fact is our culture is obsessed with race.” These responses are the product of a discourse in the west that for decades has claimed that “making it about race” unnecessarily sensationalises an issue. But as BAME people die and suffer disproportionately from a virus, it is clear that “race” is about power – which is very much contrary to the way that it is usually discussed.

The usual discussion of race in Britain is exemplified by conservative academics and political commentators who argue against what they see as an unhelpful leftwing moralism around issues of race and migration, which silences the concerns of a working class that they portray as uniquely white.

In 2018, the online publication UnHerd organised a panel discussion originally titled “Is rising ethnic diversity a threat to the west?’, before this was changed following a backlash.

In response to an open letter against the event signed by more than 230 academics, two of the organisers, Eric Kaufmann and Matthew Goodwin, wrote that “large numbers of people across western democracies do feel under threat from immigration and rising ethnic diversity. There is no point shying away from it.”

Labelling those concerned about immigration racists is unhelpful. But through books, media appearances and social media, these commentators created a climate where the conversation around race is defined by “free-speech rationalists” pitted against “irrational antiracists”. These antiracists see race everywhere, supposedly demonising and silencing everyone with “concerns” about migrants, Muslims or black people – the same people who are now dying disproportionately of Covid-19. But race is not a category that antiracists impose on the world, or a debating point about individual morality: it is a factor that shapes the lives of the people who are racialised.

At its most extreme, this discourse has enabled a return of eugenics – treating the pseudoscience as just another part of the marketplace of ideas. The seemingly benign term “race realism” is defended by a growing circle of pundits who argue for the spurious claims of behavioural genetics and differential IQ dividing the middle class from the poor; white and Asian from black people.

The British associate editor of Quillette magazine, Toby Young, epitomises the worrying nexus between “free speech” advocacy, eugenics cheerleading and now coronavirus scepticism. Young has advocated for genetically engineered intelligence to be offered “to parents on low incomes with below-average IQs”. He has now started Lockdown Sceptics, a website opposing measures to stem the spread of Covid-19 by staying home. It publishes links to articles by other sceptics whose past output has the common thread of opposing antiracism in the name of “free speech”.

Racial inequality is expressed in all dimensions of life. But given that it takes the form during the coronavirus pandemic of disproportionate deaths, the growing calls to relax social distancing measures across the global north further signal societies’ disregard for the lives of racialised people. This disregard was made possible – in societies that declare themselves “post-race” – by the treatment of racism as a matter of mere opinion, with commentators and activists given carte blanche to vilify migrants and Muslims, double down on anti-blackness and anti-Roma racism, and ramp up antisemitism in the interests of media “balance”.

The pandemic shows us that race is not a biological fact, as the “race realists” believe, since there is no meaningful biological explanation for the BAME experience of Covid-19. Instead it is a technology of governance that shapes the life chances of many racialised people and maintains white supremacy.