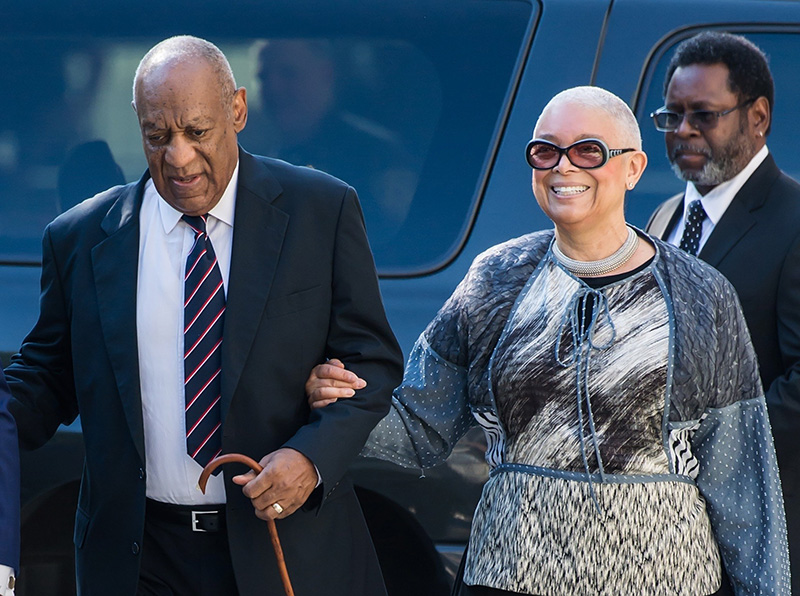 PHILADELPHIA: A judge on Tuesday rejected Bill Cosby’s bid for a new trial or sentencing hearing, leading the comedian’s wife, Camille, to again accuse the judge of bias against her husband.

The ruling by the same judge that presided over Cosby’s trial also led the entertainer’s lawyers to file their appeal with the state Superior Court, the next step in trying to reverse his felony sex assault conviction.

Cosby is serving a three- to 10-year state prison term after a jury this year found he drugged and molested a woman in 2004. The defence wants the legally blind, 81-year-old actor released on bail while he appeals over alleged trial errors.

Cosby, in the meantime, is living in a single cell near the infirmary at the State Correctional Institution-Phoenix in suburban Philadelphia and has access to a day room, where he can watch television or eat meals, a state prisons spokeswoman said.

For now, he is the only person using that day room, spokeswoman Amy Worden said. Several inmates are assigned to help him with daily living tasks as part of their prison jobs, she said. Cosby has also had several visitors.

“He’s a high-profile inmate. You want to make sure that they’re safe and acclimated,” Worden said.

Camille Cosby continued to issue searing attacks against Montgomery County Judge Steven O’Neill, as she has done since the first trial ended in a jury deadlock in June 2017. In the latest missive Tuesday, she again said he should have stepped down from the case because his wife has advocated for sex assault victims. O’Neill has heard the argument before and said his wife’s work has no bearing on his legal rulings.

The defence also renewed attacks on the judge over what they call his feud with a key pretrial witness, former county District Attorney Bruce Castor.

Castor had declined to arrest Cosby when the accuser first came forward in 2005 and said he’d promised Cosby he would never be charged. When a successor did, O’Neill ruled that any verbal promise Castor made wasn’t legally binding. In an affidavit attached to Tuesday’s appeal, Castor said he believed O’Neill’s ruling was influenced by a long-ago feud between them.

“Mr. Cosby had a right to have his petition reviewed and decided by a judge who could make a decision free of bias, or even the perception of bias, where the ability to prosecute hinged on the testimony of the 2005 district attorney,” his new lawyers, the latest of about 20 to work the criminal case, wrote in the appeal.

The defence also challenged O’Neill’s decisions to let five other accusers testify; let the jury hear portions of Cosby’s damaging deposition in the accuser’s related lawsuit; and declare Cosby a sexually violent predator who remained a threat to the community.