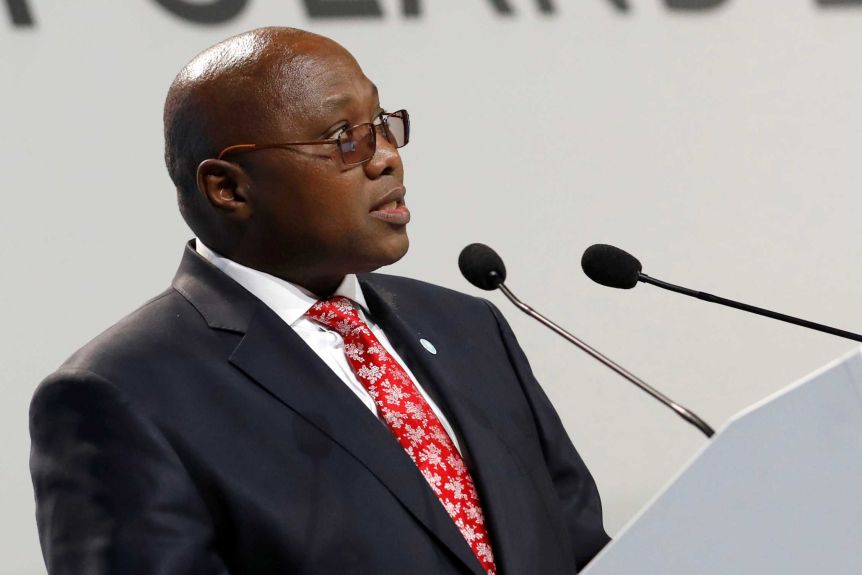 Eswatini Prime Minister Ambrose Dlamini, who tested positive for COVID-19 four weeks ago, has died at age 52 after being hospitalised in neighbouring South Africa.

Deputy Prime Minister Themba Masuku said Dlamini had been under medical care when he died on Sunday afternoon.

The Prime Minister of the landlocked nation was moved to South Africa on December 1, to “guide and fast track his recovery” from COVID-19, the Government had said.

At that time, Masuku said Dlamini was stable and responding well to treatment.

Eswatini, formerly known as Swaziland, is a tiny absolute monarchy of about 1.2 million people.

He had worked in the banking industry for more than 18 years, and his roles included managing director of Eswatini Nedbank Limited.

Dlamini was one of several world leaders hospitalised for coronavirus while in office. Others include UK Prime Minister Boris Johnson, US President Donald Trump and Honduran President Juan Orlando Hernández.

The southern African nation of Eswatini has so far recorded 6,768 cases of COVID-19, with 127 confirmed deaths, according to its health ministry.