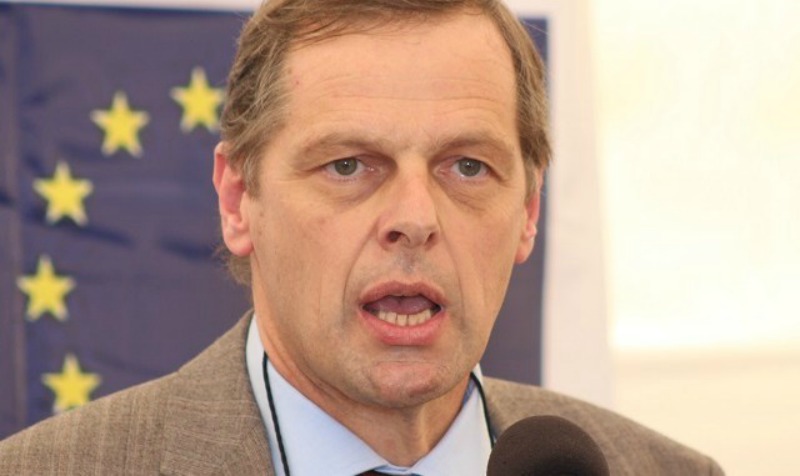 THE European Union Film Festival returned to Harare this week for its second edition and kicked off this Tuesday at Theatre in The Park, running until the 19th of May.

The festival will feature 11 internationally acclaimed movies, with at least two movies being screened every night for the five day duration, providing 1000 minutes of entertainment.

“This year’s EU Film Festival offers a fresh cinematic experience: the carefully selected, multi-facetted programme presents art on a big screen canvas. Whilst all movies are internationally acclaimed and awarded, the focus moves away from mainstream narratives to a more diverse and unique visual storytelling approach, which includes two documentaries and a feature film,” said Dorothy Grebe, Public Affairs Officer for the European Union delegation in Zimbabwe.

“Our journey through Europe is characterized by the diverse cultures and facets of the continent, a wide scope of stories that engage and pay tribute to the common traits of human nature – we touch on friendship, love, hopes, dreams, anger, regrets, misunderstandings and fears that are not only European, but universal,” she added.

This year’s festival will also feature award winning feature drama by Zambian born Rungano Nyoni and titled “I am not a witch” from the United Kingdom and “Leaving Africa” from Finland, which documents friendship and determination for an unlikely pair of development aid workers providing sexual health and equality education in a rural Uganda.

“The diversity in narrative will take you from a secret luxury hideout on the Canary Islands to a mental health institution in Italy, from a messy, supernatural family get-together in Portugal into a car with warring politicians in Northern Ireland in the 1980s. You will meet illustrious and loveable (or less loveable) characters, such as superficial Sebastian in Sweden, Tom in Germany, who floats randomly through the streets of Berlin, or American novelist and social critic James Baldwin, who documented the assassinations of three Afro-American activists, including Martin Luther King Jr,” Grebe said.
Head of the EU Delegation to Zimbabwe, Ambassador Philippe Van Damme, said the selection of movies for this year was a befitting illustration of European cinema and its artistic variety.

“This year, we celebrate the European Year of Cultural Heritage, of which cinema forms an integral part as a channel to share our memories, our myths and our narratives. Cultural heritage binds us together in all our diversity through our common history and values, as well as the richness and variety of our cultural traditions – and it helps us to design our future” he said.

The opening day will see the screening of “Like Crazy” (La pazza gioia), an award winning and as witty as touching Italian comedy-drama followed by Like Crazy, which highlights the unusual friendship that develops between two completely different women whilst they are locked away in a mental health institution.