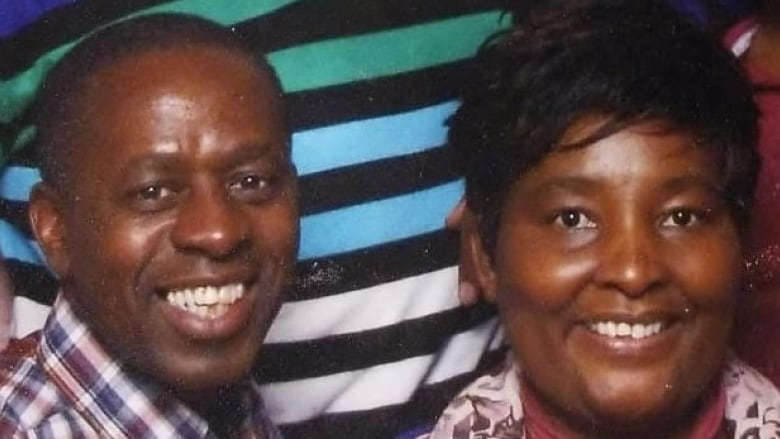 Zoe Mukura with her husband Nyasha
Spread This News

ZOE Mukura’s family has no idea when she will be allowed to return to Canada.

In September, Mukura travelled to Zimbabwe from her home in Saskatoon to take care of her ailing mother.

When her mother died, Mukura worked on settling her estate while her brother, Dalisizwe Dewa, went back home to his cardiology practice.

Since Mukura has been in Zimbabwe, travel restrictions have been getting increasingly tighter.

On Tuesday, due to the presence of the omicron variant of concern, Canada has banned entry to anyone who had been in one of 10 different African countries, including Zimbabwe, in the last 14 days.

This means Mukura is effectively trapped overseas, with no date for when she will be able to return home to her husband and two children.

“But then she is aware that there is nothing much she can do, so she’s just waiting to see what happens, essentially.”

This week, Canada joined other governments, including the United States, the United Kingdom and the European Union, that have instituted travel bans on some African countries. The bans were put in place to slow the spread of the omicron variant of concern, which was first identified in South Africa.

Several international airlines have stopped flying into Zimbabwe for the time being.

To complicate the matter even further, Mukura only has one dose of the Covid-19 vaccine. That means that even without a travel ban, she would have to quarantine for 14 days upon arrival in an approved facility and be tested.

“Our hope and prayer is that the new variant can be more manageable than initially thought,” said Zoe’s husband, Nyasha Mukura.

“We hope that it’s something that can put the decision makers at ease and maybe they can relax restrictions.”

Nyasha said it is possible for his wife to get a vaccine in Zimbabwe, a move that would hopefully make returning home easier. Right now, Zoe is staying at her mother’s house, waiting to see when she can return home.

Dewa said his sister’s best hope of returning to Canada is to travel to Kenya and wait 14 days before boarding a plane. However, he said even doing something like that is not a sure bet.

He worries that the travel ban may be expanded further. On Tuesday, Zimbabwe brought in a 10-day quarantine period for anyone coming into the country, including returning residents.

Dewa is concerned that, as the omicron variant is found in more and more countries around the world, African countries are being unfairly singled out.

While he believes that travel bans can be effective at slowing down the spread of variants, he said a comprehensive travel ban on all travellers, like the one recently brought in by Israel, would make more sense than a targeted ban on some African countries.

“I think this was probably more like a political decision without letting the science speak,” he said.

“If it turns out the virus is all over the world now, what is the impact and what is the effect of these decisions?”

The Government of Canada said it will continue to assess case data and would adjust border measures as required. It’s not known when the travel ban will be lifted.