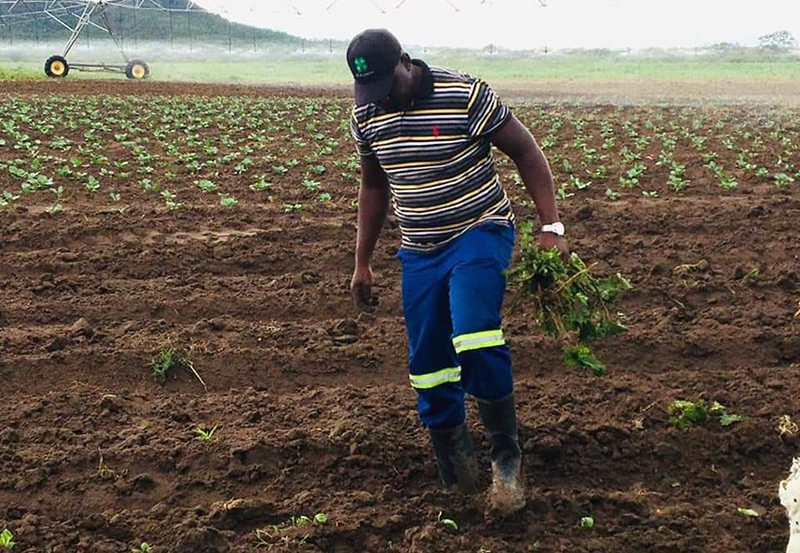 HARARE: Zimbabwean farmers are concerned about high input costs ahead of the planting season.

Farmers practicing rain-fed agriculture are upbeat about the prospects of good rains during the 2022-23 season which begins around November following predictions by weather experts that the country will receive good rains, but their worry remains on the costs of seed and fertilisers which they say is too high.

President of the Zimbabwe Commercial Farmers Union Abdul Nyathi told Xinhua in an interview Thursday that although the season promised to be good in terms of the rains, many farmers would not be able to afford the high input costs.

“As for seed and fertilisers, the biggest concern is the cost. The costs are very high. without loans, it will be difficult for many farmers to plant,” he said.

He urged the authorities to exercise due diligence and ensure that seed and fertiliser companies charged correct prices which did not result in them profiteering from poor farmers.

Farmers are currently preparing their land ahead of the planting season, with machinery having been availed to some of them through the Agriculture Finance Corporation (AFC).

AFC is a government institution that supports farmers’ needs by, among other functions, providing input financing and mechanisation.

Abel Mhundwa, who farms on a small plat in Nyabira, just outside Harare to the northwest, said he was looking forward to the new season and was already preparing the land.

He said he hoped that more inputs would be provided under a Presidential input scheme that supports small farmers.

While many farmers have welcomed the scheme, the amount of inputs given per farmer is never enough, prompting them to fork out funds to buy more.

Mhundwa concurred with Nyathi that input costs were so high that viability was compromised.

An outlet at a shopping mall near Nyabira was selling basal fertiliser for 45 U.S. dollars per 50 kg, while a 10 kg pocket of early maturity maize seed was going for 30 U.S. dollars, which Mhundwa said was too high for an ordinary farmer.

“At those prices farming is not feasible. Sometimes we get liquid fertiliser which is a bit cheap and sells for 8 U.S. dollars per 25 liters. As for seed, I am going to use some of the grain I harvested last season,” he said.