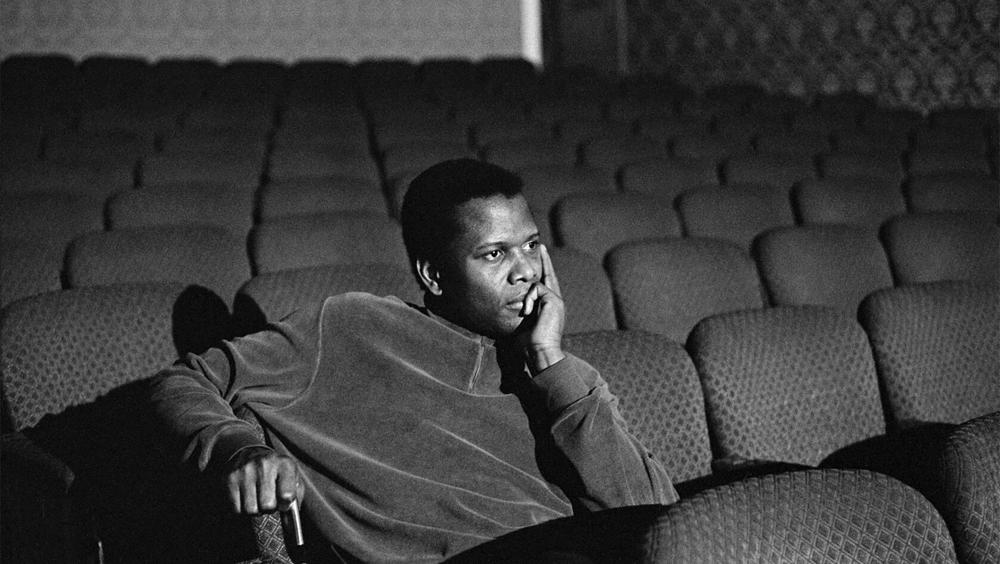 TORONTO: Oprah Winfrey was discussing her profound affection for trailblazing actor Sidney Poitier — a longtime friend and mentor to her — when she was overcome by emotion during an interview on the upcoming documentary “ Sidney,” a life-spanning portrait. She plunged her head into her hands and cried, “I just love him so much.”

Denzel Washington, Spike Lee, Morgan Freeman, George Nelson, Robert Redford and Halle Berry were all interviewed in “Sidney,” and their reflections on the iconic performer and civil-rights activist are often illuminating. But “Sidney” means something intensely personal for Winfrey, a producer on the film.

“I was trying not to lose it, actually, because my love for him is as deep and as strong as for any human being I know,” Winfrey said in an interview at the Toronto International Film Festival, where “Sidney” premiered Saturday. “He was my adviser, my counsellor, my friend, my comfort, my balm, my joy.”

“Sidney,” which Apple TV+ will premiere Sept. 23, arrives eight months after the death of Poitier, the groundbreaking actor who paved the way for countless Black actors in Hollywood and single-handedly revolutionized how they were portrayed on screen. Directed by Reginald Hudlin, “Sidney” was made with the cooperation of Poitier’s family. Much of it had been completed before he died in January at the age of 94, including his interview with Winfrey.

But the loss of Poitier — whom Winfrey at the time of his death called “the greatest of the ‘Great Trees’” — has made “Sidney” only more poignant.

“The film is an act of love for me for him,” Winfrey said as tears again welled up. “I don’t know why I’m breaking down. My opportunity to do this was my offering to him.”

Winfrey has said her life was irrevocably altered when she saw Poitier become the first Black performer to win best actor at the Academy Awards (for 1963′s “Lilies in the Field”). A life in show business suddenly became attainable to her. They later met for the first time when Winfrey’s talk show was taking off. Poitier was one of the few who could understand what she was going through as a Black entertainer.

“During the early days of navigating fame and all that comes with fame, being assaulted on all sides by Black people, white people, people saying you’re not this or you should be doing that, he was the person I turned to,” said Winfrey. “He said, ‘It’s always a struggle and a challenge when you’re carrying other people’s dreams.’”

It was the first of many conversations over the years.

“Remember ‘Tuesdays with Morrie’? I could have done ‘Sundays with Sidney,’” says Winfrey. “He was my person. He was my guy. He was my friend and my brother.”

Hudlin, the director of “House Party” and the Thurgood Marshall drama “Marshall,” estimates he had completed about 90% of the interviews on the film when Poitier died.

“Whatever pressure I was putting on myself basically doubled,” Hudlin said. “There was a disappointment to know that he would never see it, but I was glad at a time when everyone wanted to touch him and connect with him, we would have this movie.”

Interviews with Poitier were conducted earlier, separate of the film, before the star’s health deteriorated. But the footage of Poitier speaking directly to camera, and hearing that voice narrate his life story, makes for one last chance to be in his regal presence. Poitier, born in the Bahamas, talks about how his young identity was forged without racism’s influence. It wasn’t until he left for Miami at 15 that he encountered it.

“I left the Bahamas with this sense of myself,” Poitier says in the film. “And from the time I got off the boat, America began to say to me, ‘You’re not who you think you are.’”

“Sidney,” which draws on Poitier’s memoir, “The Measure of a Man: A Spiritual Autobiography,” touches on some of his seminal films, including “The Defiant Ones” (1958), “A Raisin in the Sun (1961), ”In the Heat of the Night” (1967) and “Guess Who’s Coming to Dinner.” It also delves into how he connected to Martin Luther King Jr. and the Civil Rights movement with Hollywood; his friendship with Harry Belafonte; and his move into directing with “Buck and Preacher” (1972). Above all, it captures how racism, or anything else, was never a match for Poitier’s unshakable integrity.

“For me, personally, I look and go: How did he do it, with no role model?” marveled Hudlin. “He’s looking at a wooded forest and he just carves a path, always making the right choice. How did he always know the right thing to do without a road map? To single-handedly take on decades of racist imagery in cinema, right from its inception, and shatter all of that misbegotten imagery with the truth of who he was.”