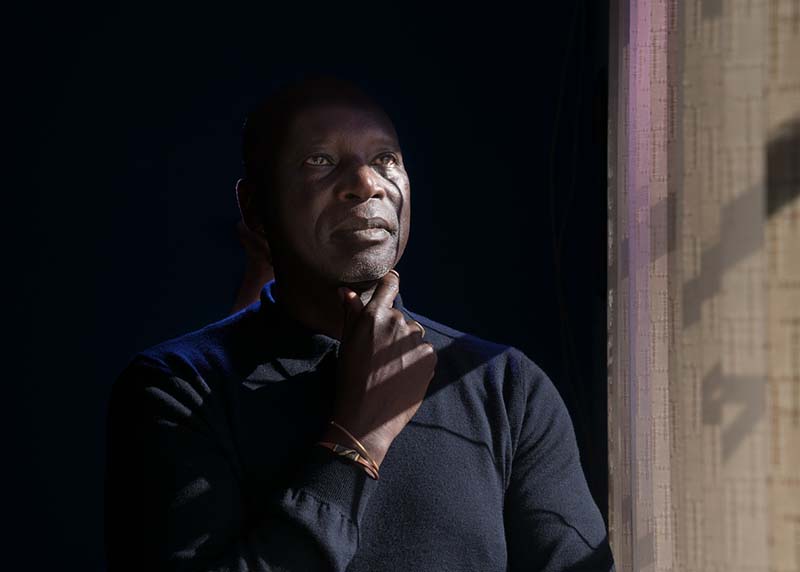 For decades, people living in Zimbabwe have been taught that speaking their minds comes at a cost. Under former president Robert Mugabe, an authoritarian ruler who held power for more than 37 years, openly challenging the government meant risking arrest, beating or worse. There’s still a law on the books that makes insulting the president a crime.

Things have been different since last November, when Mugabe’s former deputy, Emmerson Mnangagwa, took power with the backing of the military. Although it’s not entirely trusted, there’s greater freedom of expression now than Zimbabweans have experienced in decades.

Nigel Munyati, the director of the Zimbabwean International Film and Festival Trust, a nonprofit organization dedicated to supporting independent Zimbabwean filmmakers, hoped to spotlight that freedom when he launched a smartphone short film competition in April for people age 16 to 34 together with the Alliance Française. Until last year, Mugabe was the only leader Zimbabweans in that age group had ever known.

The competition was based on a single question: “What does it mean to be Zimbabwean?” But getting answers proved more challenging than Munyati anticipated.

“Young Zimbabweans are still tentative about taking advantage of that freedom of speech,” Munyati says. 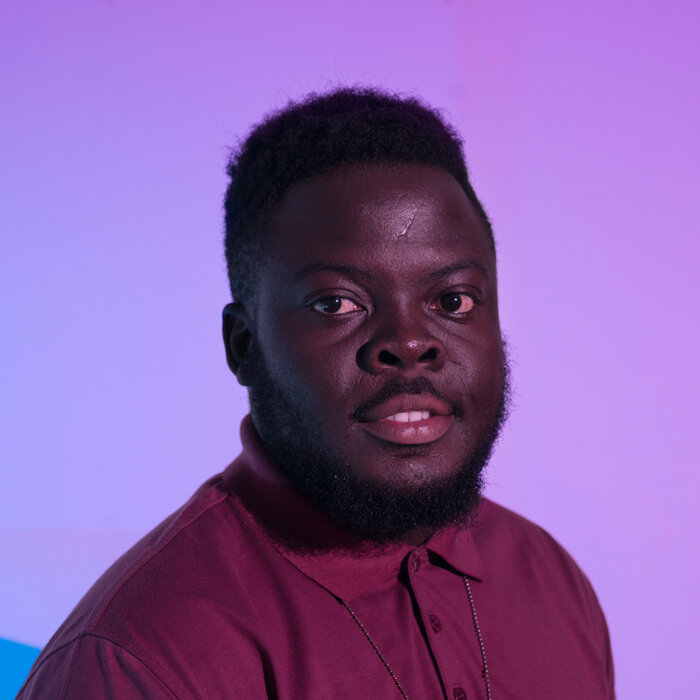 Nigel Ndlovu, a filmmaker and independent candidate for Zimbabwe’s parliament in this month’s elections, was a judge for the competition. “Being Zimbabwean right now, it means freedom, it means speaking out against injustices,” he says.

Submissions were slow. The deadline had to be extended. Entrants had to be reminded to stick to the topic.

When the films started coming in — 46 entries were considered in all — they were wildly diverse in both quality and subject matter. There was a stop-motion animation film with dolls, a zombie heist film peppered with deadpan jokes about Zimbabwe’s cash shortage, films with harrowing, candid treatment of sexual violence.

“I think that’s one of the things that comes out very strongly,” says Munyati, “that our present reality isn’t a very positive or a happy one. As a nation, we’ve been in a very sad state for the longest time.”

And that’s part of what’s striking about this moment: filmmakers can answer the question “What does it mean to be Zimbabwean?” by responding that it’s unpleasant — an opinion they might have only whispered in private under Mugabe.

On Thursday, a film called The Appointment won first place in the competition, earning filmmaker Rodney Mabaleka a $500 prize. In The Appointment, a young man on the verge of a nervous breakdown is visited by his alter ego, played by the same actor, who may or may not be a hallucination. 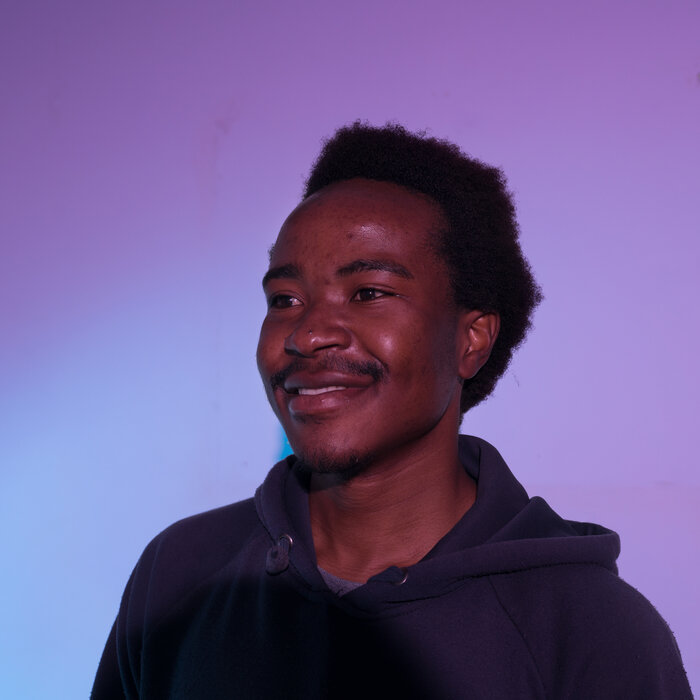 Kingsley Kaisi directed and starred in a film called Hustle, which follows a struggling street vendor from dawn to dusk.

In a cleverly shot exchange, the exasperated main character serves as a stand-in for many frustrated young Zimbabweans, who are inheriting a crumbling economy with limited opportunities: “What’s so difficult about just asking for a happy, meaningful life with a purpose?” he asks. His better self encourages him to buck up, and reminds him that Zimbabweans “can make something out of nothing.”

Munyati said the film stood out for both its technical execution and approach to the theme. He says Zimbabweans are known among southern African countries as the “make a plan people,” for their ability to work around tough situations. He says that’s both a blessing and a curse: “The downside is we don’t confront the problem. That’s why it took us 37 years to get out of our quagmire.”

Not all Zimbabweans are sure they really are out of the quagmire. Kingsley Kaisi directed and starred in another entry called Hustle, which follows a struggling street vendor from dawn to dusk. Kaisi hesitates when asked whether he can say things now that he couldn’t have expressed under Mugabe.

“Yeah, I guess,” he says, “I guess it depends on what I’m saying.” On further reflection, he adds, “I think, yeah, we can now say whatever we want to say. We’re now free to express ourselves in any way we want.” 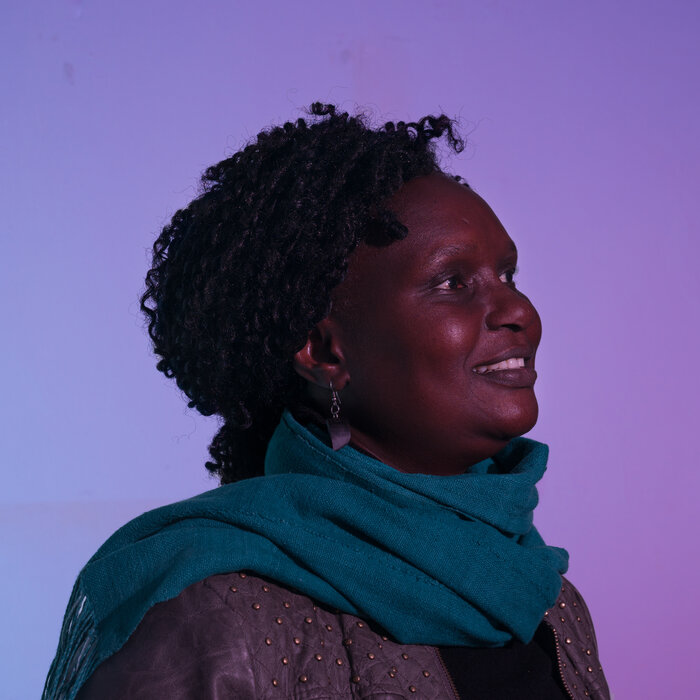 In Zimbabwe today, filmmakers are “free but not free,” says Priscilla Sithole Ncube, one of the judges of the competition. She made political documentaries in the past and says her work got her arrested twice under Mugabe.

Priscilla Sithole Ncube, one of the judges of the competition, has made political documentaries in the past and says her work got her arrested twice under Mugabe. In Zimbabwe today, she says, filmmakers are “free but not free.” Even in this more open moment, she worries the authorities are keeping track of who’s saying what. She doesn’t trust Mnangagwa – who is favored to win election as president later this month — and the army that put him in power to respect the new freedoms.

“We have been in prison for a long time,” Ncube says, “and we are not really sure of what is happening now.”

For Munyati, that uncertainty is what made it vital to hold this competition now. “It’s a revolution, basically, anytime a society is able to reclaim one of its rights,” he says. “We’ve got to hold onto that right and make sure that we prosecute it to its logical conclusion.”