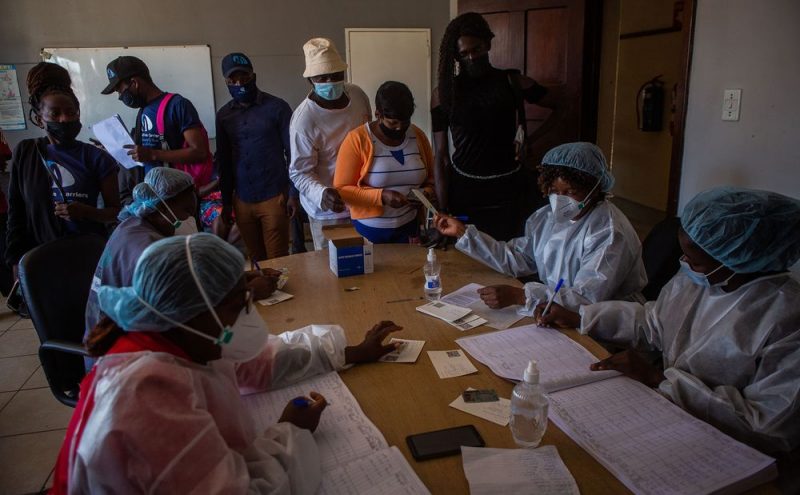 COMPANIES recently sued together with the government by the Zimbabwe Congress of Trade Unions (ZCTU) for forcing unvaccinated employees to stop reporting for duty are challenging the lawsuit.

ZCTU last week filed an urgent chamber application at the High Court seeking an order stopping employers including the government from forcing their unvaccinated employees from reporting for duty.

However, in response, the government and the companies argue the ZCTU application is misplaced.

However, on behalf of Minister Mavima, AG Machaya said there was a misjoinder of respondents.

“This is a clear case of misjoinder of the first and second respondent. The functions of AG are outlined in section 114 of the Constitution of Zimbabwe and the applicant has shown no reason why he has cited the AG in the current proceedings,” he complained.

He said as the AG, he has no direct control over the administration of the Labour Act and as such should be removed from proceedings.

Machaya also said the minister had no duty at law to advise companies on how to conduct their operations and to adhere to the provisions of the Constitution and legislation relating to public health.

“This being a constitutional matter, applicants ought to proceed against the alleged violators of the constitutionality enshrined rights. Thus there is no basis for citing the first and second respondents in these proceedings. Applicant should be made to pay costs for unnecessarily dragging the respondents to court.”

Machaya added; “It is the duty of the Cabinet and not that of this honourable court to compel the minister to enact legislation as well as subsidiary legislation. At the same time, both the respondents have no obligation to issue statutory instruments related to public health issues. This is the primary responsibility of the Minister of Health.

TelOne through its head of employee relations, Lindy Dziripi, said the ZCTU application is not urgent at all.

“In the present case, TelOne issued a staff memo on the 21st July 2021 and the period of more than three weeks has passed without any challenge. Surely, the time frame demonstrates that the same cannot be deemed urgent as the same was not dealt with straight away without any delay. In any event, the applicant has failed to give a reasonable explanation for the delay in launching the present urgent court application,” she said.

Other parties also gave their notices to oppose the application.

In its application, the ZCTU accused the government of “folding hands” while employers are being forced to take Covid-19 vaccines arguing the workers’ constitutional rights are fundamental and the harm is irreparable.

The ZCTU said some employers, as a response to the Covid-19 pandemic third wave, are prohibiting unvaccinated employees from reporting for work.