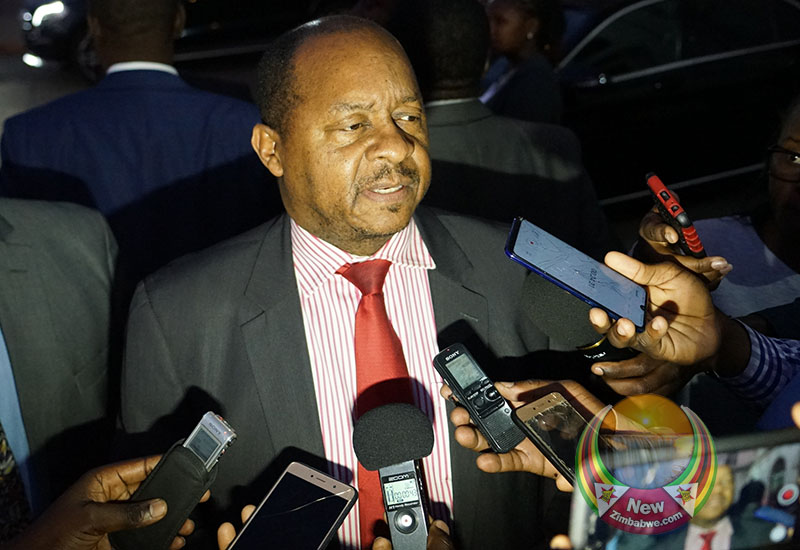 HEALTH Minister Obadiah Moyo on Wednesday admitted government was hiring doctors from China and Cuba but denied this had anything to do with the sacking of 448 doctors over their participation in what the Labour Court has said was an illegal strike.

Over 500 medical practitioners have been charged with offences relating to their embarking on a strike demanding a review of their salaries, allowances and working conditions.

Moyo, during Wednesday’s Question and Answer session, told Parliament that the coming in of expatriate doctors was a government to government arrangement.

Junior doctors have been on strike for three months now after rejecting a government offer to review their wages and allowances by 100 percent.

They instead are demanding that these should be pegged at the going rate between the local currency and US dollar.

“There will always be arrangements within our system to be able to recruit through our government to government arrangements and this happens at the end of each year and that is what is happening.

“We have a contract with our outside partners and that will always happen, like for instance, right now we have the Cuban and Chinese doctors which are on-going contractual government to government arrangements,” said Moyo.

MDC MP, Paurina Mpariwa had asked the Minister to clarify on the rumours that government was secretly recruiting doctors from outside, questioning its capability to pay hired new doctors from outside when it is failing to pay local medical practitioners a living wage.

Another MP, Ruth Labode wanted the Minister to give figures of deaths in public hospitals since the strike began on September 3.

“We cannot sit here and think the Global Fund will give us this money. I am telling you I will come back here a year later, there is no donor who will pay our workers.

“Even the doctors, before their allowance was US$200.  There is no donor who will pay us especially knowing what we are doing,” said Labode.

Moyo blamed the doctors for the deaths of patients in hospitals but without giving figures.

“They went against the laws of this very August House. So, we cannot say anybody is above the law. There is no one who is above the law especially when it comes to people dying, that is not the way it is done,” said Moyo.

He added: “They were not incapacitated in terms of transport, they were within a walking distance to the patients and they neglected their duty by not attending to the patients. That is why we ended up in that type of situation.”