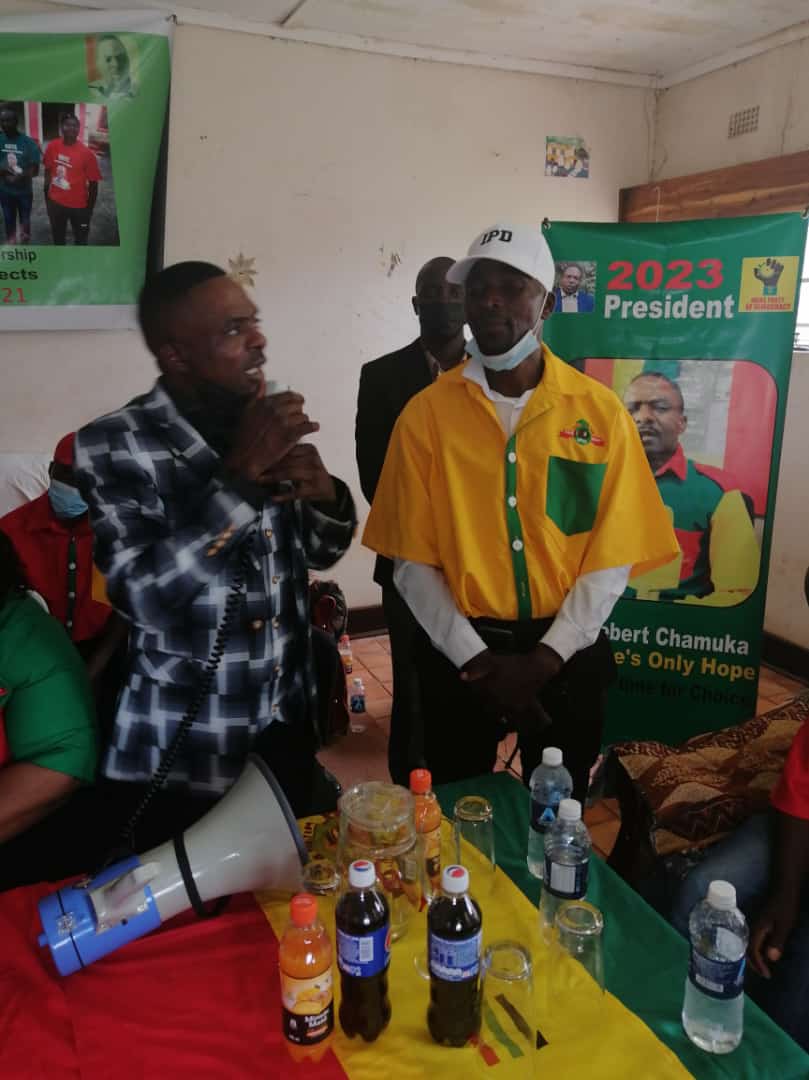 Ideas Party of Democracy (IPD) is set to launch its maiden rally in Gweru on April 16.

It remains to be seen if the Zimbabwe Republic Police which has been barring opposition Citizen Coalition for Change (CCC) will allow IPD to hold its maiden rally.

Zimbabwe Vice President Constantino Chiwenga said the ZRP was solely to blame for barring other political parties to campaign.

“It is not the government or Zanu PF, it’s entirely the police. Please stop blaming the ruling party,” said Chiwenga at a rally in Mutare over the weekend.

Speaking from his base in South Africa, charismatic opposition leader Herbert Chamuka who is the leader of the fast growing party said it was all systems go for the rally.

“We are urging every peace loving Zimbabwe from all walks of life to attend our inaugural rally.

“We are going to launch our 2023 election roadmap because we are the government in waiting.

“We are sure that we are going to form the next government. Everyone is invited,” said Chamuka.

Chamuka who was recently on a whirlwind tour of different provinces setting structures said that the response he was given was humbling.

“Zimbabwe has been in jaws of dictatorship for long. People are hungry for change and IPD is ready to usher in Zimbabwe into a new political dawn where every citizen is protected by the constitution

“The population want a country where prosperity is guaranteed. Right now; people are struggling to get basic documents such as passport and national identification cards.

“It’s a pity and we want to make Zimbabwe great again,” he said.

Zimbabwe has been struggling for years under the leadership of Zanu PF and IPD promises to be an alternative.

Zimbabwe’s President Emerson Mnangagwa nicknamed the Crocodile has been on an overdrive dismantling the opposition.

Several opposition figures have been kidnapped and tortured since he took over power from Robert Mugabe through a coup in November 2017.