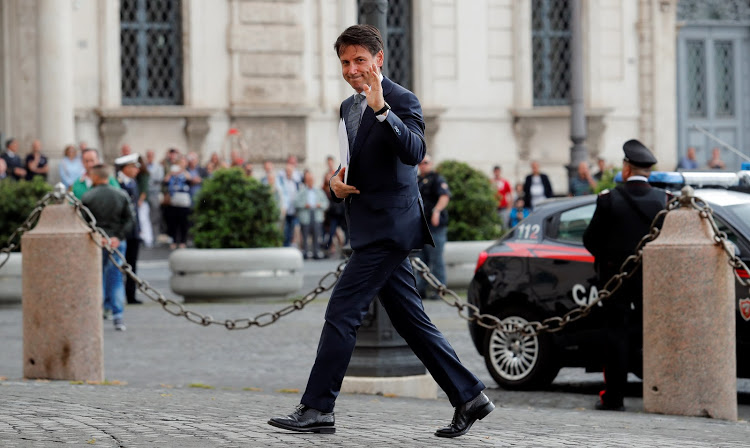 Italy’s Prime Minister Giuseppe Conte said on Tuesday that by the weekend he would reveal the steps the country will take to loosen restrictions, reopen the economy and emerge from the coronavirus crisis.

Italy, which has reported more coronavirus deaths than any other European country, has been under national quarantine since March 9, with some regions imposing lock-downs even earlier.

The quarantine period, which has been extended twice, is due to expire on May 3.

Conte is caught between trying to avoid a fresh spike in infections of the virus – which has killed over 24,000 people in Italy – and avoiding additional damage to the economy.

“I would like to be able to say, let’s open everything. Right away,” Conte wrote on Facebook. “But such a decision would be irresponsible. It would make the contagion curve rise uncontrollably and would jeopardise all the efforts that we’ve made until now.”

A plan to gradually reopen the country, the so-called ‘Phase 2,’ would be laid out “before the end of this week,” he said.

“We have to reopen on the basis of policy that takes into consideration all the details and cuts across all the data. A serious policy, scientific,” Conte wrote.

“A reasonable expectation is that we will apply it from May 4.”

In laying out the challenges ahead, Conte cited how, in allowing businesses to reopen, officials needed to consider how workers would get to and from work, in order to avoid congestion which could open the door to new cases of infection.

Pope to politicians: To fight coronavirus, put country before party
Pope Francis urged politicians on Monday to put aside partisan differences in order to deal with the coronavirus crisis in a united way.

Conte had earlier this month already charged a task force made up of economists, lawyers, sociologists and other experts with studying the post-lockdown measures needed to restart the economy while protecting worker health.

Conte said the plan would be national but would take into account regional differences.

Some in Italy’s poorer south, for example, have cited as unfair the fact that they are subject to the same lockdown conditions as the north, the hub of the contagion, despite fewer coronavirus cases and lower population density in many areas.

The Mediterranean country reported its first drop Monday in the number of people currently suffering from the virus since recording its first infection in February.

Those receiving intensive care treatment also fell to the lowest level in a month in the first direct health benefits of an economically devastating lockdown.

But Italy’s official death toll from the virus still rose to 24,114 — second only to the United States.