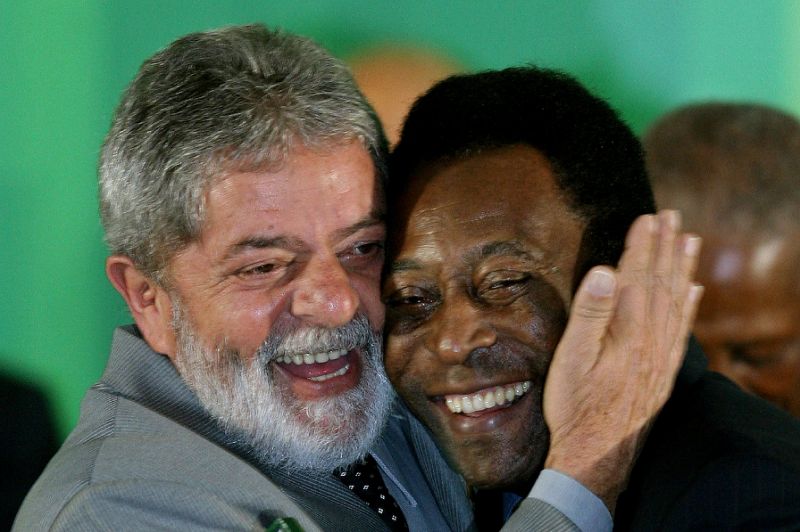 Luiz Inacio Lula da Silva may be in prison, but that hasn’t stopped a Brazilian TV station from hiring the ex-president as a 2018 World Cup football commentator.

“This is not a joke,” said Jose Trajano, who hosts the daily program at the Sao Paulo-based VTV network on which the ex-president (2003-2010) will opine.

Lula was jailed on April 7 and is serving a 12-year sentence for accepting a bribe. The 72-year-old leftist politician insists on his innocence and says the case is politically motivated.

Lula “will write down his impressions and send them to us, and we will put them on the screen, in quotation marks, and read them on the air,” said Trajano, a veteran Brazilian sports journalist, former director of ESPN Brazil — and known leftist sympathizer.

Despite his incarceration, Lula remains popular and is far ahead in a poll of candidates in Brazil’s October presidential election.

The first contribution by the prisoner-sports analyst-presidential candidate will air on Monday, one day after Brazil’s first 2018 World Cup match against Switzerland.

Lula was allowed a TV set in his cell immediately after he was jailed in the federal police headquarters in Curitiba, initially to follow Corinthians, his beloved football team.

While jailed, Lula has sent written messages through intermediaries to his supporters that were widely disseminated on social media by the Worker’s Party (PT).

Lula told AFP in March, before he was jailed, that he was optimistic about the chances of Brazil’s national team to win a sixth World Cup championship in Russia.

“Brazil is competitive, we have a good coach, a balanced team and players with good international experience,” he said.

But Lula also said that Germany, France, England and Belgium were “well prepared,” and that Argentina would “come out in force” because Lionel Messi must “settle his debt to the Argentine people” to emerge from the shadow of Argentine football legend Diego Maradona.