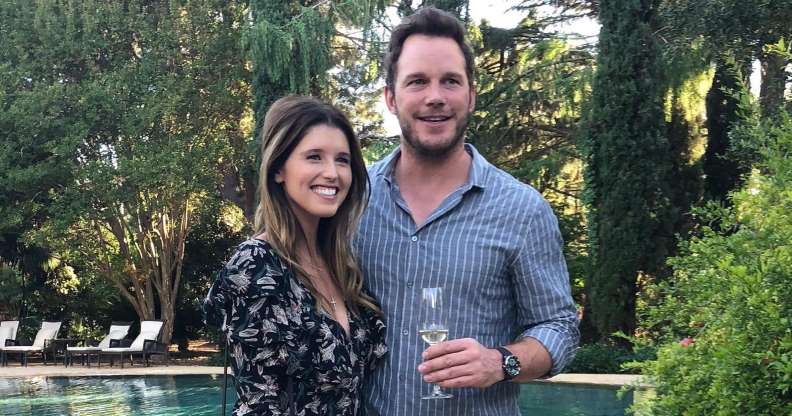 Katherine Schwarzenegger celebrated her upcoming wedding to Chris Pratt with an intimate bridal shower on Saturday. The bride-to-be gathered at mom Maria Shriver’s home where her closest friends and family to toasted her nuptials.

Among the 30 female guests was Oprah Winfrey.

And groom-to-be Pratt also made an appearance at the shower, which was decorated with lots of white flowers and candles. Live music also played in the background.

Schwarzenegger, 29, looked stunning in a white, long dress with her hair down and one side pulled back with a white hair clip.

Pratt, 39, and Schwarzenegger announced their engagement at the beginning of the year after they were first spotted out for a picnic date on Father’s Day in summer 2018.

The two have made multiple public outings since, including some with Pratt’s 6-year-old son with ex-wife Anna Faris in tow. They made their red carpet debut at the Avengers: Endgame premiere in Los Angeles on Monday.

From the start, faith has played a large part in their relationship. A source previously told PEOPLE that Pratt was initially attracted to Schwarzenegger’s strong spirituality.

“They’re very compatible and have a lot in common,” said the source. “Family is very important to both of them, as well as their spirituality.”

Another source recently told PEOPLE that they’re on the same page about keeping their nuptials small.

“Chris and Katherine’s wedding will be a very intimate affair with just their closest loved ones,” the source said. “They don’t want it to be a circus. The focus will be their commitment to each other, and God will play a very large role on their big day. It’s been such a special time not just for them, but also for their families. Everyone is so excited.”

Schwarzenegger recently opened up about their upcoming wedding and revealed that Pratt and her family are helping out with the planning.

“I feel like we’re all really involved in wedding planning,” Schwarzenegger said at the premiere of the new IMAX film Superpower Dogs. “I think that, you know, for me, my family is very involved. I’m very involved, [Chris is] very involved … So it’s a great combination of everything and just a really exciting and fun [time].”

Schwarzenegger added, “I’m very happy in all areas of my life and I feel really blessed and really lucky.”