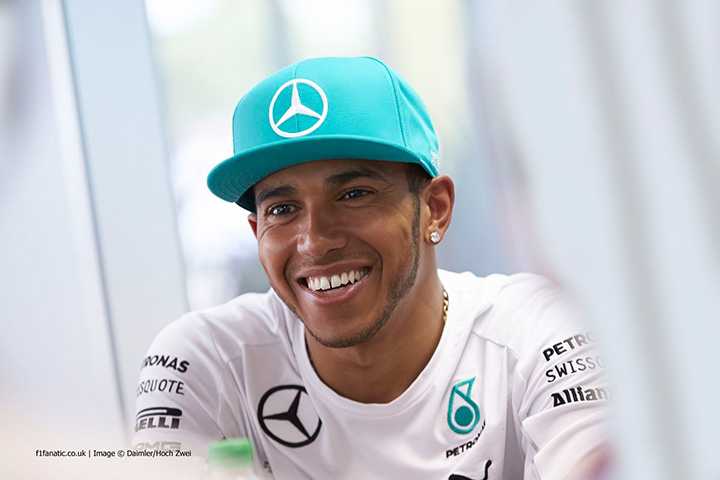 Lewis Hamilton has made his singing debut on a sultry Christina Aguilera song under the pseudonym XNDA.

The sexy, hip hop influenced track, titled Pipe, features on the pop star’s new album – her first in six years – which was released earlier this month.

To which the Formula One star, 33, responds in a sultry verse: “Trust me I know what to do with it.”

Despite appearing on the track under a pseudonym, it didn’t take long before fans realised who the voice belonged to – and that’s before they probably realised he appears as a co-writer.

One praised Lewis, writing: “Fighting for the F1 championship and recording music alongside such an iconic artist in his free time. #legend.”

Another said they hoped Pipe would be the next single as they’d love to see a music video with the two stars.

“I think I want “Pipe” to be the third single. A sexy video with Xtina and LewisHamilton (XNDA) would be fire!”

Christina previously told Peper that she’d been “sworn to secrecy” about XNDA but added that she’s “dying for everyone to find out because they’re definitely multi-talented and I think it will take a lot of people by surprise…but they’ve got a great voice, yes.”

The Formula One star has been keen to break into the music biz for years, previously telling: CBS’s 60 Minutes Overtime: “Music’s been a huge passion of mine since I was really young, I started playing guitar when I was thirteen.

“In here, I can be me. I can be vulnerable. I can show a side of me that people don’t get to see.

“The plan was that it always started as a hobby but it’s got a point now where it’s very serious, and we spend a lot of time in here. If I’m not training, getting ready for the race, I’m here.”

While speaking about writing music, he said back in early 2016: “I’ve been inspired by life – the easy stuff like relationships, that’s always easy to talk about, and partying.

“It’s not really break-ups or none of that emotional stuff, it’s usually fun stuff. It’s the good stuff in relationships.

Lewis added: “I wish I could release my album this year, but right now I’m focused on working on getting the fourth championship.

“I hope at some stage people will heart it, but it’s not ready yet.”

Earlier this month former driver-turned pundit David Coulthard said he expects Lewis to quit Formula One in 2020, when he’s 35, to focus on his music career.

“I think that he’ll go to 2020 which is [the end of] the current Concorde Agreement,” he said.

“That’s the agreement between the commercial rights holder, the FIA and the teams. It defines how the sport looks and feels.

“But I think beyond 2020 there’s every likelihood he may well be releasing his first [music] album which he’s been working on.”