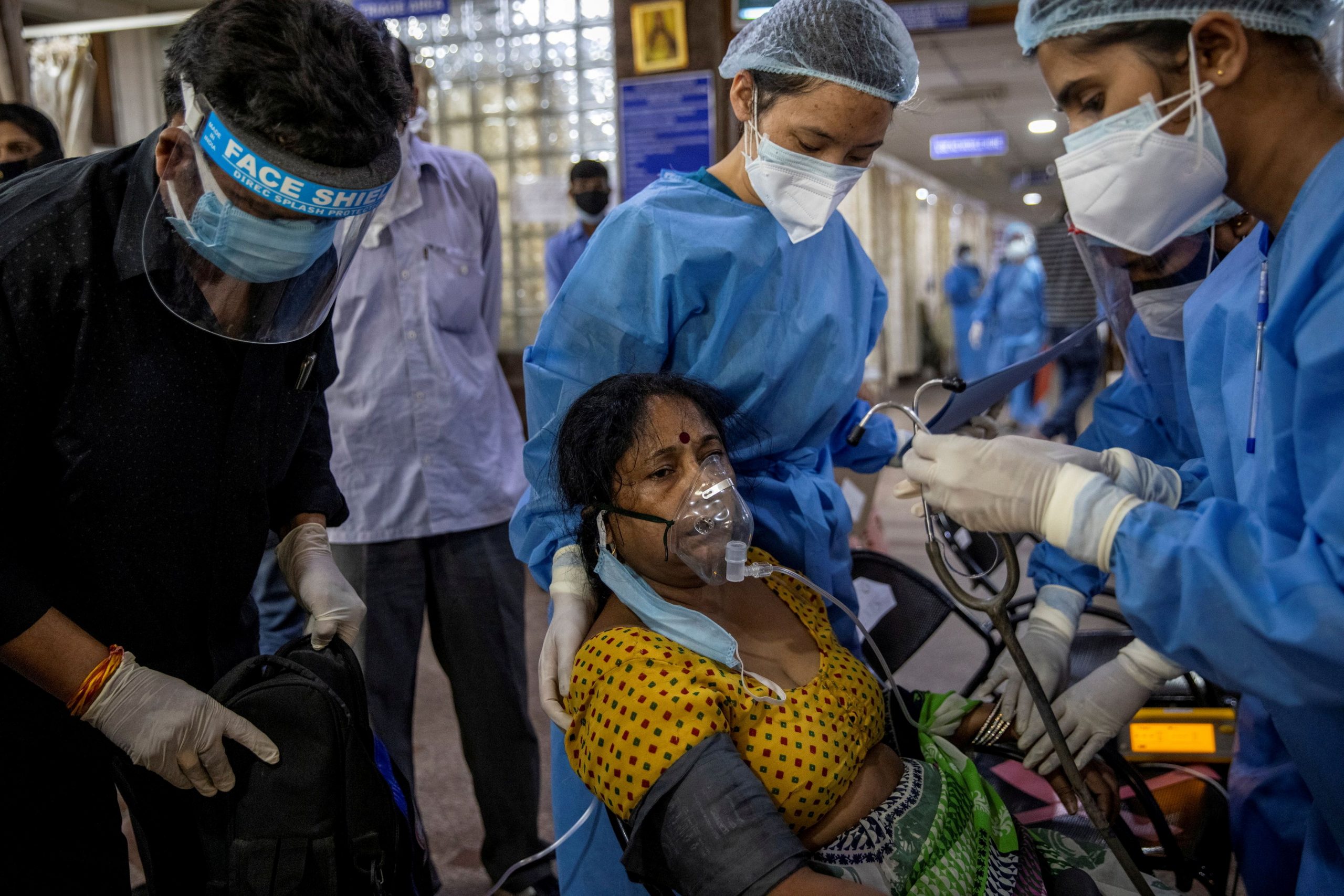 Mumbai: More emergency medical aid from foreign donors to alleviate a dire oxygen shortage arrived in India on Sunday, as COVID-19 deaths in the South Asian nation rose to a new record.

India is setting almost daily records for new infections and deaths as the virus crisis engulfs overstretched hospitals in cities and spreads into rural regions.

The country of 1.3 billion reported 3,689 deaths on Sunday — the highest single-day rise yet in the pandemic, to take the overall toll to more than 215,000.

Just under 400,000 infections were added, bringing the total number of cases past 19.5 million.

The latest figures came as medical equipment, including oxygen-generation plants, was flown into the capital New Delhi from France and Germany as part of a huge international effort.

“We are here because we are bringing help that… will save lives,” Germany’s ambassador to India, Walter J. Lindner, said as 120 ventilators arrived late Saturday.

“Out there the hospitals are full. People are sometimes dying in front of the hospitals. They have no more oxygen. Sometimes (they are dying) in their cars.”

“The epidemic is still going on in one country. The world won’t be safe until we are all safe. So it’s a matter of urgency,” he said early Sunday following the delivery of eight oxygen-generation plants and dozens of ventilators from France.

There are growing fears about the surge of the virus in rural regions where health infrastructure is already patchy and limited.

Hospitals in Delhi have continued to issue SOS calls for oxygen on social media, with the latest appeal posted by a children’s hospital on Twitter on Sunday.

The plea came a day after up to a dozen patients died at a Delhi hospital amid an oxygen shortage, local media reported.