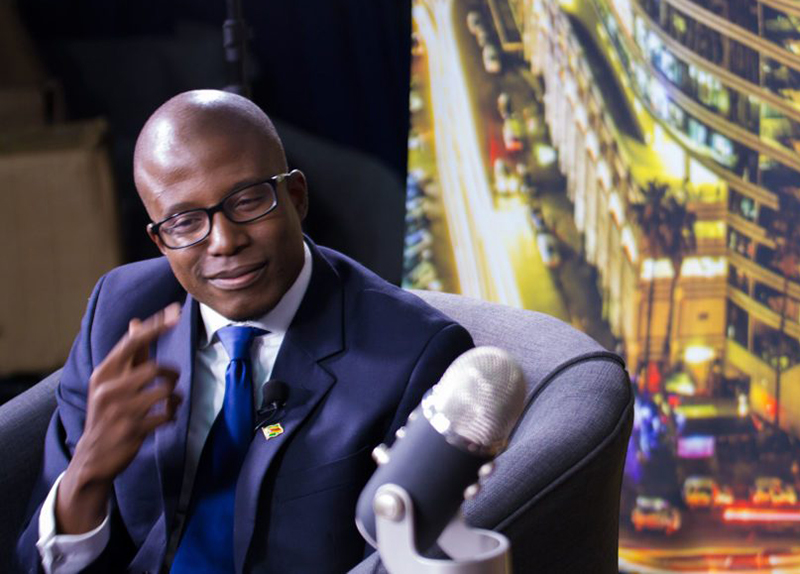 This comes after Lumumba, real name William Mutumanje posted a lengthy appreciative message giving special mention to people who helped him when he was down and out following ‘scandals’.

On his Facebook post, Lumumba tagged one Trevor Gupo whom he said came up with the idea.

In a surprising twist of events, Gupo blasted the socialite for stealing his concept.

“This time last year I was battling a police scandal that ruined my business. I lost every client and lead in a business I had worked so hard to kick off.

“11 Episodes later, 1 million+ views later we have reached a spot very few content creators in this country can dream of.”

The former StarFM presenter was in seventh heaven after his interview with musician, Ammara Brown scooped top position on YouTube, knocking off music star, Jah Prayzah from the top rank.

“It’s not only sweet because we got here, it’s sweeter because we knocked off Jah Prayzah from the top spot (a true maverick of his time). #TLFDrive is highest grossing production in Zimbabwe, period!

“I had no idea how it would work but I was focused to lift off. With the same team I began with Tinashe Todd Mombeshora Kuda Musasiwa Gamuchirai M Manyika we started #TFDrive.

“The idea came from Trevor Gupo. Advertisers began to stream in, first it was Chicken Inn Zimbabwe then Philip Mataranyika & Land Rover Zimbabwe threw their weight.

“I mention these 3 because they believed in me before I had the proof of numbers,” he wrote.

Gupo, who was not overly amused by the stunt, hauled Lumumba over the coals for betraying him and stealing his concept which was to be called “driving diaries” produced by the media company, OCmedia ZW.

Following Gupo’s revelation, Acie edited the post deleting the sentence he had credited Gupo and stating that his show was “inspired by carpool karaoke”.

His internet media brand, Lumumba Files #TLF Drive which has over 10 episodes to date was launched in 2018.

On the show which is sponsored by big companies including Chicken Inn and Land Rover, the socialite takes artists and prominent figures for a drive while interviewing them.