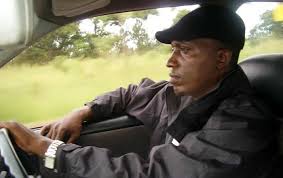 FORMER MDC-T MP for Glen View Paul Madzore has released an album titled Mhenyamauro Volume 11 Tiberekei Tifambe meant to help the MDC Alliance in its campaign ahead of the upcoming elections.

On the other hand, Zanu PF’s Mazowe South MP Fortune Chasi has also completed his 12 track album titled No Violence which promotes peace among the youths ahead of the elections.

Madzore uses the Chimurenga or Umvukela beat while Chasi opted for the Zimdancehall.

In an interview, Madzore said apart from mobilising the people to vote for the MDC Alliance in general his music will also be marketing the party’s 2018 presidential candidate Nelson Chamisa.

“Apart from motivating the masses, I also focus on marketing the party’s leading brand in Chamisa,” said Madzore in an interview Tuesday.

“In the past it used to be our late great hero, Morgan Tsvangirai, but now it is Advocate Nelson Chamisa and I believe it is equally important to help in a small way to market the leading character in the whole struggle episode, the same way people sing for a soccer team or an outstanding player.”

He added, “However, I always give recognition to our leader’s supporting team. So, randomly, I may mention some team players, but it is always in the background as the leading brand must dominate.”

“I also deliberately avoid making the music sound like jingles because I am not marketing a party manifesto, but rather I am helping to mobilize the masses.”

Chasi said apart from promoting peace his album is meant to mobilise the youths to register and vote this year.

“I did dancehall songs since the message is targeting the youth,” he said.

“On the album, I have also done a rendition of the popular liberation song Nzira Dzemasoja after the successful Operation Restore Legacy led by the military as it encourages discipline and rejects corruption.”