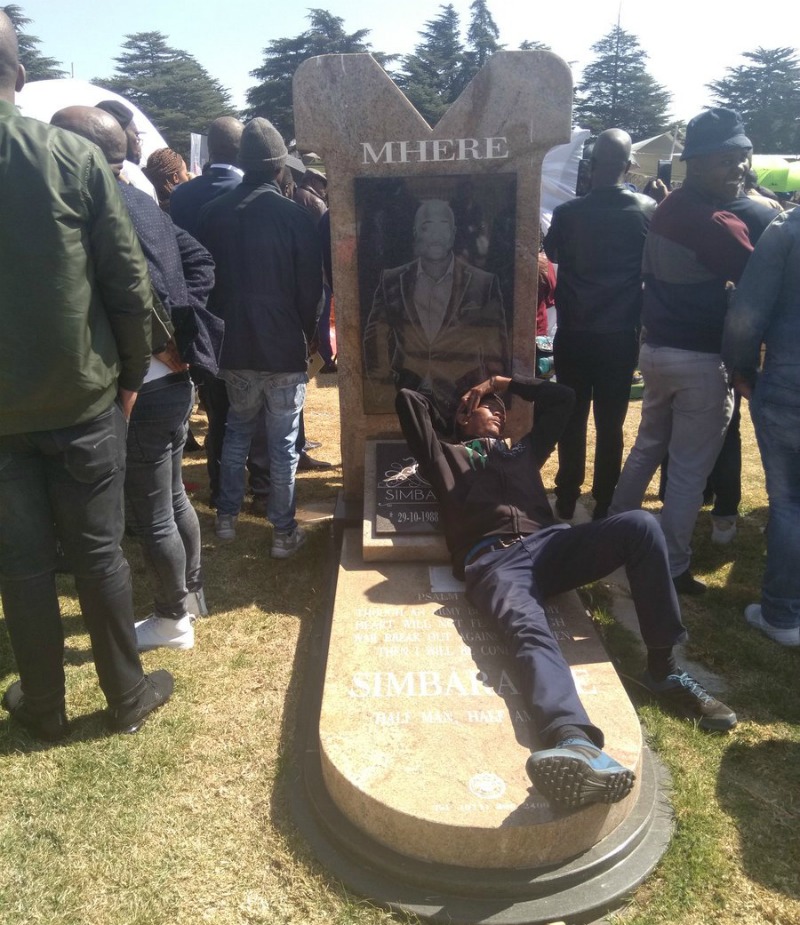 A man attending the burial of hip-hop veteran ProKid on Sunday has caused a social media storm after he was photographed taking a nap on the late Simba Mhere’s tombstone.

The man was among mourners at Westpark Cemetery in Johannesburg, where ProKid was laid to rest after an emotional funeral service. Pictures of the man lying on the tombstone went viral on Twitter.

TshisaLIVE was at the gravesite and witnessed the man being carried out by some of his friends. The unknown man seemed to be disoriented.

A picture of the man napping on the stone while shielding his eyes from the sun was shared on social media on Sunday as the nation mourned the death of ProKid with an emotional funeral service.

It was reposted by music boss DJ Cleo, who slammed the man’s behaviour.

Shocked social media users took to Twitter to add their voice to the outrage and claimed he was disrespectful for doing so.

Others also called out the photographer, saying he should have told the man to get off the grave.