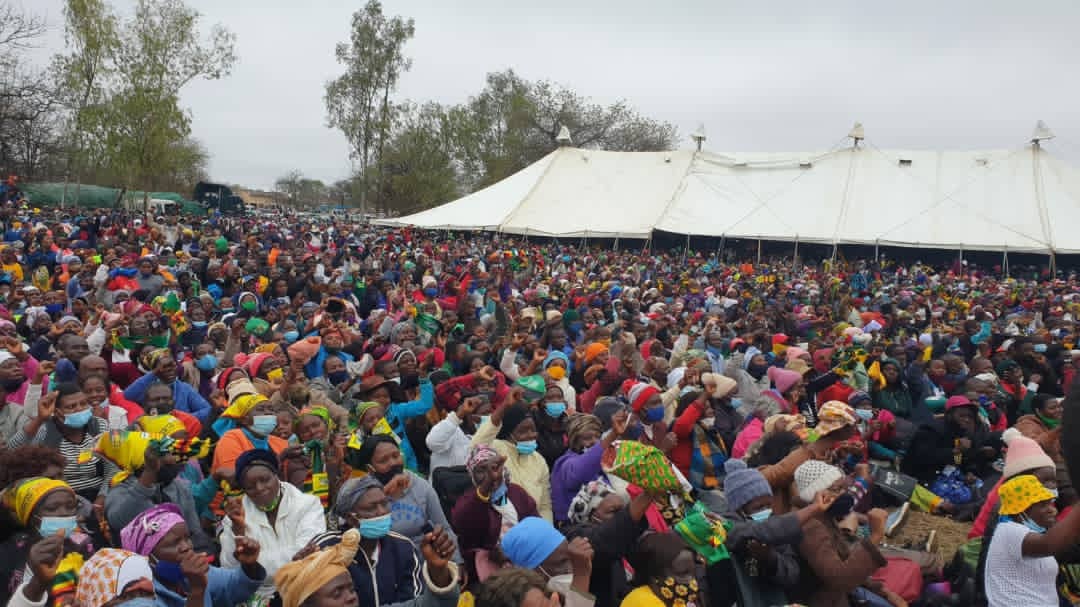 Zanu PF is holding events with more than 100 people while preventing its nemesis, the MDC Alliance from staging the same events.

Mnangagwa himself announced recently that gatherings on any sort must not exceed 100 people.

Addressing the congregants Mnangagwa said sanctions are affecting the country and must be removed.

“The target of sanction is to destroy the economy and where there is potential of economic growth, hence we should be able to develop with our own resources,” Mnangagwa said.

Which is directly the the opposite of what he said about sanctions 3 years ago.

“Zimbabwe should stop complaining about the impact of Western sanctions on the country and instead focus on creativity leveraging available human resources to steer growth and development,” Mnangagwa said.

Masvingo province schools were asked to provide their buses for transportation of party members to Rutenga. Some came as far as Bhuhera just to attend the rally.

After the rally Mnangagwa launched a Marula plant in Rutenga which he said would be economically beneficial to hundreds of households.