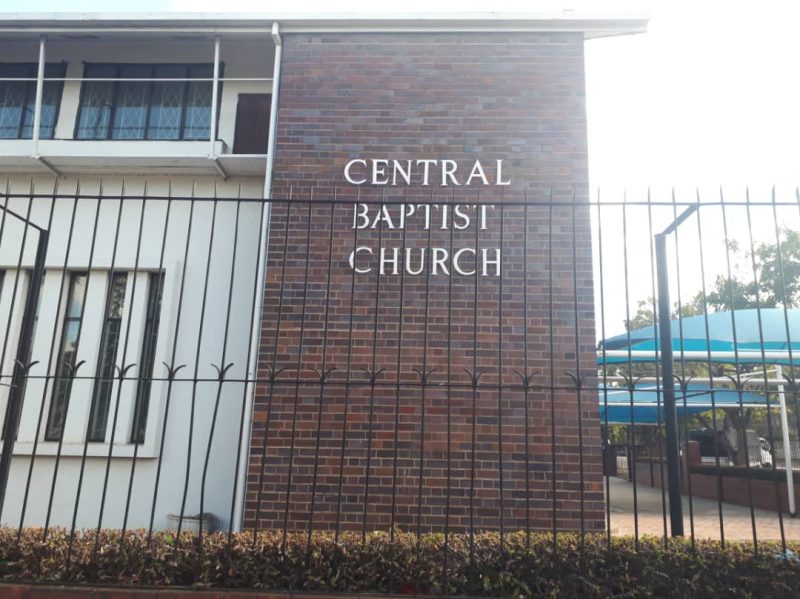 Most conventional churches such as United Methodist and Anglican were still closed Sunday despite the lifting of a government ban in worshipping at synagogues as a result of the ongoing Covid-19 national lockdown.

Gates were, however, open at Roman Catholic St Peter’s Parish church in Chitambo suburb in Chinhoyi, which was allowing only fully vaccinated parishioners to enter.

A sizeable number of churchgoers were witnessed by NewZimbabwe.com undergoing screening for Covid-19 at the entrance, which involved temperature checks and proof of vaccination.

A survey by NewZimbabwe.com Sunday revealed a number of apostolic sects congregated at various sites around a hill, popularly known as ‘KumaTanks’ where worshippers took caution to the wind as evidence there was no face making, hand-sanitising, or social distancing.

At one shrine in Chinhoyi, numbers exceeding 80, apostolics of all ages were engrossed in song and dance, while a supposed healing session was being conducted amid pomp and fanfare.

Flame of Baptism Church founder in Chinhoyi, Amos Chifamba said his church remains closed as they take precautions to avoid early reopening that would result in a spike in new Covid-19 positive cases and fatalities in the church.

“Our church notes the lifting of a total ban in gathering at church for the purposes of worship, but we are also aware of the dangers of rushing to open when not fully prepared to manage preventative protocols such as temperature checks, providing sanitizers, adequate furniture to ensure social distancing as well as how to authenticate vaccination cards and so on,” said Chifamba.

In Harare, most churches were still deliberating on whether to open up their doors to congregants or not.

“We have taken the initiative by government positively. Our parishioners have started coming. Today, we had several sessions but in small numbers. The response was very positive but we made sure that everyone who comes in should bring in a Covid-19 vaccination certificate,” said Mahlahla.

He most church members had been vaccinated, but some had faced challenges of long queues to get vaccinated.

The Methodist Church in Zimbabwe was, however yet to open its doors to members.

In a statement Friday, Methodist Church in Zimbabwe Secretary-General Rev. Martin Mujinga said the church appreciated the government announcement to allow churches to open up doors for the fully vaccinated members.

“Following the pronouncement by the government on the re-opening of churches, the Methodist Church in Zimbabwe appreciates the announcement to allow the churches to open for in-person services for the fully vaccinated congregants with effect from I I August 2021,” he said.

“In response to this pronouncement, the church leaders met to deliberate on the statement and agreed the Methodists are responsible citizens, and they will abide by the laws of the land and the Methodist churches will officially open on Sunday 22 August 2021.

“From today up to Sunday 22 August 2021 the clergy and church leadership in different circuits and societies will be preparing for the safe opening of churches. ‘The preparations include the fumigation of church premises and the mobilisation of Personal Protective Equipment (PPEs),” said Mujinga.

“I think the directive by government to let churches open up for in-person services is misguiding. Even if you are vaccinated, you are not immune to the virus. So people will die in huge numbers,” said the Jehovah’s Witness member who chose to remain anonymous.