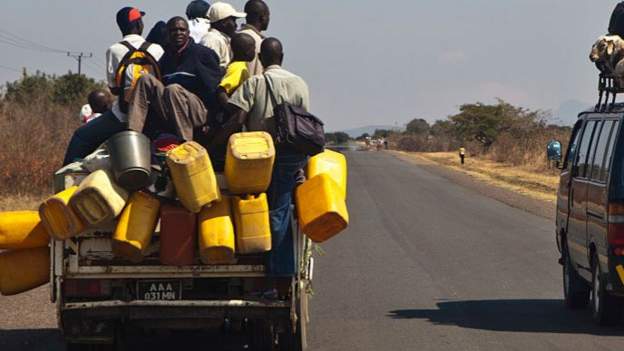 "My Loves" tend to be packed with passengers
Spread This News

PICK-UP trucks used to transport large numbers of people have been banned in Mozambique’s capital, Maputo, as part of measures to halt the spread of coronavirus.

The vehicles are known as “My Loves” as passengers are packed in so tightly it looks as if they are embracing.

They are a common sight in the city as there is a shortage of public buses.

Maputo Mayor Eneas Comiche said restrictions had also been placed on rickshaw taxis, known as “txopelas”, which should now carry no more than one passenger at a time.

He also announced a night-time curfew from 21:00 until 04:00, saying the last commuter buses should leave terminals in central Maputo for the city’s suburbs, or vice versa, by 20:10.

These measures would be in force until at least 6 March, the mayor said.

Mozambique has seen a surge in coronavirus cases since the festive period.