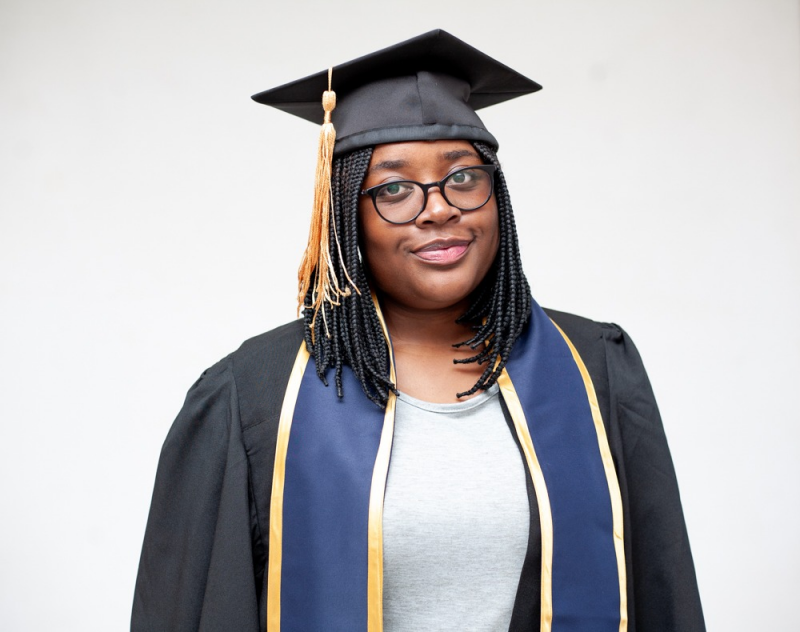 One of the graduates, Nkosilesisa Ncube
Spread This News

THE MultiChoice Talent Factory (MTF) Academy has capped 60 new professionals who are expected to add value to the African pool of film making talent.

The students were involved in the MTF Academy initiative in its second year of operation, with 20 students each at academy sites in Lusaka (for students from Southern Africa), Nairobi (East Africa) and Lagos (West Africa).

They underwent an intensive three-week online NYFA course on the production of micro-documentaries, public service advertisements and music videos and they also worked with the United Nations on the global #PledgeToPause campaign, which exposed the young creatives to global networks.

Speaking on the sidelines of the graduation ceremony recently, MultiChoice Zimbabwe public relations manager, Liz Dziva said the outgoing students went against the odds of the Covid19 pandemic.

She said as a result, the class adapted to the new normal of learning and managed to attain the set standards.

““The crisis resulted in the need to adapt from physical to virtual learning, and this brought about ongoing and continued exposure of these students to the world-class MTF academy’s 2019-2020 course,” she said.

She said the students’ academic course had to be extended from 12 months to 18 months enabling them to attain two qualifications.

“Additional to their MTF qualification, the students also obtained a qualification from the prestigious New York Film Academy of Visual and Performing Arts.

“We believe that Africa’s creative industries are custodians of the continent’s cultural heritage and as one of Africa’s most important storytellers, MultiChoice has helped develop and invest in African talent through initiatives such as MTF,” Dziva said.

The success of the MTF initiative since its start in 2018 has been credited towards partnerships with the NYFA, the Henley Business School Africa, Pan-Atlantic University in Nigeria, Kenyatta University in Kenya and the University of Zambia in Lusaka.

MTF’s partners have made an additional contribution to the initiative by offering awards to this year’s graduates.

Two Zimbabweans were among the students of the Lusaka-based academy for Southern Africa. They are Nelson Madzima and Nkosilesisa Ncube.