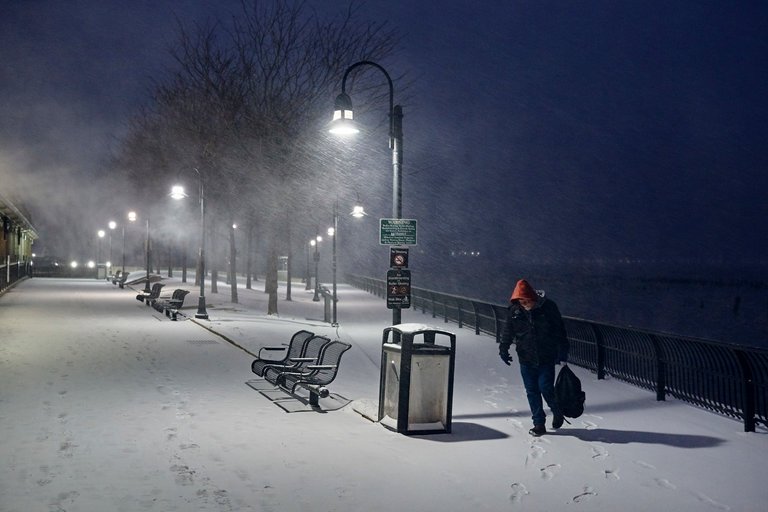 The Associated Press discovered the photo in this month’s report from Empire State Development. The photo, showing seven towering heavy-lift cranes being used to build a stadium in Cape Town for the 2010 soccer World Cup, is a cropped version of one owned by Getty Images, available for licensing on its website for up to $575.

The photo apparently was used to give the impression of heavy construction activity in the state.

Empire State Development said on Tuesday the photo was “a generic stock image” and will be replaced with an image of ongoing economic development in the state.

“We thank the AP for bringing the matter to our attention,” the agency said.

Cuomo, a Democrat, said the programs have brought hundreds of thousands of jobs to the state. Critics, though, question those numbers along with the multibillion-dollar corporate incentives paid with taxpayer dollars.

“Certainly sticking in construction cranes from half a world away isn’t going to build confidence in their credibility,” said E.J. McMahon, founder of the conservative Empire Center for Public Policy.

The annual comprehensive report from Cuomo’s main economic development apparatus was mandated last year by the Legislature amid increased criticism of the governor’s efforts to boost business across the state, especially in distressed upstate areas. The report compiles the previous fiscal year’s statistics for each economic development program run by the agency. It wasn’t released until Feb. 5, 36 days after its Dec. 31 deadline.

Included in its 127 pages of tables, charts and details of economic success stories are plenty of photos of people working at New York businesses and people visiting New York tourist attractions. Cuomo appears in several photos. Other images appear to be stock photos. None of the photos has a caption with specific information on it.

The South Africa photo, taken from ground level looking up at the cranes set against a clear-blue sky, appears on Page 6 of the report. The next page features copy under the heading “Our Investment Strategies” overlaid on a second, less-defined photo of the cranes taken from a slightly different angle.

Word of inclusion of the South Africa photos in a public state document came a day after the New York Post reported that the economic development agency approved a $1 million grant to Cadillac so the General Motors subsidiary could put it toward the $12.7 million renovation at its new Manhattan headquarters.

Alex Camarda, a senior policy adviser at Reinvent Albany, a state government watchdog group, called the Cape Town cranes being passed off as New York economic activity “another example of a lack of transparency” by Cuomo’s economic development office.