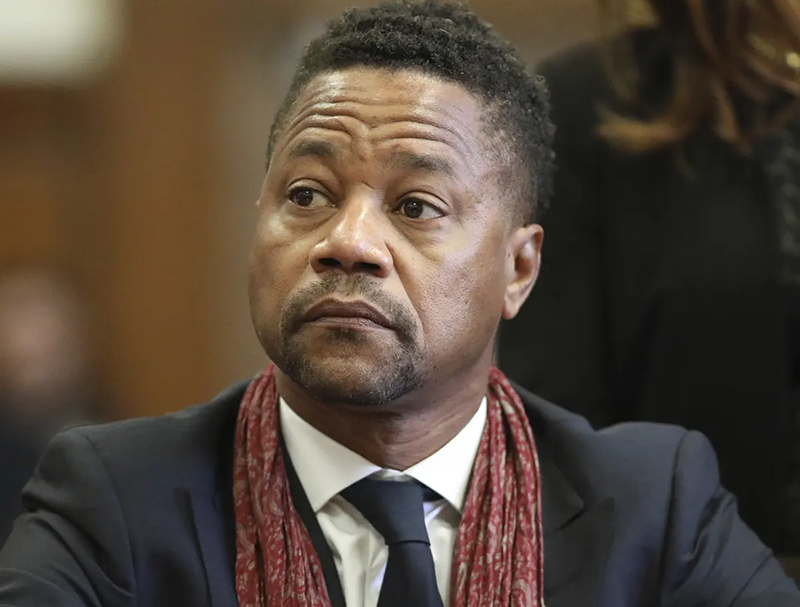 NEW YORK: Actor Cuba Gooding Jr. resolved his New York City forcible touching case Thursday with a guilty plea to a lesser charge and no jail time after complying with the terms of a conditional plea agreement reached in April.

Prosecutor Coleen Balbert said Gooding has stayed out of trouble and completed six months of alcohol and behaviour modification counselling, allowing him to withdraw his misdemeanour plea and plead guilty to a harassment violation.

Balbert said she has received “positive reports for the last six months” from Gooding’s therapist. The actor is continuing with treatment beyond the time required by his plea agreement, Balbert said.

Gooding, 54, faces no additional penalties and, by replacing his misdemeanour plea with a plea to a noncriminal violation, he will not have a criminal record. If Gooding had failed to comply with the terms of the deal, he would have faced up to one year in jail.

Gooding pleaded guilty in April to a misdemeanour charge that he forcibly kissed a worker at a New York nightclub in 2018. That was just one of dozens of allegations of inappropriate behaviour by the Oscar winner that came to light in recent years.

Some of Gooding’s accusers criticized what they regarded as light punishment for the “Jerry Maguire” star and some are pressing ahead with civil litigation against him.

Gooding “saw minimal repercussions” while his victims dealt with the aftermath of his actions, the nightclub worker said in a victim impact statement that Balbert read into the court record.

Arrested in 2019, Gooding was among a profusion of Hollywood heavyweights accused of wrongdoing in the #MeToo movement.

As Gooding was in court Thursday wrapping up his case, another Oscar-winning actor, Kevin Spacey, was on trial down the block in a civil lawsuit alleging that he sexually assaulted actor Anthony Rapp.

Meanwhile, in Los Angeles, former studio boss Harvey Weinstein and “That 70’s Show” star Danny Masterson are in the midst of separate rape trials. Weinstein was convicted of similar charges in New York in 2020 and is serving a 23-year prison sentence.

Gooding’s case has taken more than three years to play out, prolonged by court delays related to the COVID-19 pandemic.

Gooding was arrested in June 2019 after a 29-year-old woman told police he fondled her without her consent at Magic Hour Rooftop Bar & Lounge near Times Square. That incident wasn’t the one in his guilty plea.

A few months later, prosecutors charged Gooding with pinching a server’s buttocks after making a sexually suggestive remark to her at TAO Downtown and the allegation to which he pleaded guilty — forcibly kissing a waitress at LAVO New York in midtown Manhattan.

Both incidents were alleged to have occurred in 2018.

Gooding admitted at a plea hearing in April that he “kissed the waitress on her lips” without consent and, in explaining his actions during Thursday’s harassment plea, told Judge Curtis Farber: “I kissed a waitress, your honour.”

The waitress, in her victim impact statement, said that Gooding forced his tongue into her mouth unexpectedly while she was serving drinks. She said she was aware of incidents involving Gooding and three other women at the club.