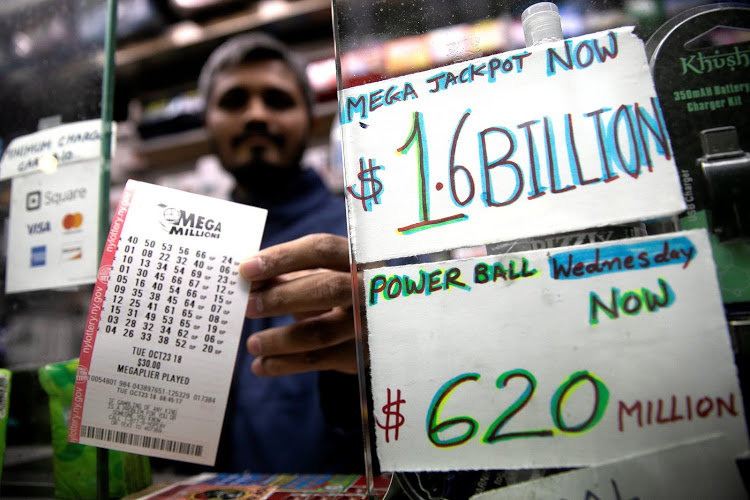 A single ticket holder in South Carolina will claim that bounty, Mega Millions said on its website.

The winner has not been identified.

Mega Millions said the jackpot is not only a US record but a worldwide lottery record.

The record jackpot had set off a lottery frenzy across America, with people lining up at convenience stores, supermarkets and liquor stores to buy a $2 ticket that gave them a roughly one in 300 million chance of winning.

“The moment we’ve been waiting for finally arrived, and we couldn’t be more excited,” said Gordon Medenica, lead director of the Mega Millions Group and Director of Maryland Lottery and Gaming.

“This is truly a historic occasion,” he added.

The record jackpot had set off a lottery frenzy across America, with people lining up at convenience stores, supermarkets and liquor stores to buy a $2 ticket

The winner can take $913 million in a lump sum cash payment or the whole pile in annuities over 29 years.

The jackpot got so big because no one had won since July, when a group of office workers in California shared $543 million.

Until now the US record jackpot was $1.586 billion for a different lottery, called Powerball, in 2016.

It was split three ways by ticket holders in California, Florida and Tennessee. Each took home $528.8 million.

In this latest draw, there were 36 second prizes worth $1 million each — people who got the first five numbers right but not the Mega Ball.

With the jackpot and the other lesser prizes — as little as the face value of a ticket for getting just the Mega Ball right — there were nearly 16 million tickets Tuesday night that earned people at least something.

Unlike in many other countries, US lottery winnings are taxable at the federal level while some states also impose local taxes.

The jackpot now resets at $40 million for the next drawing on Friday.