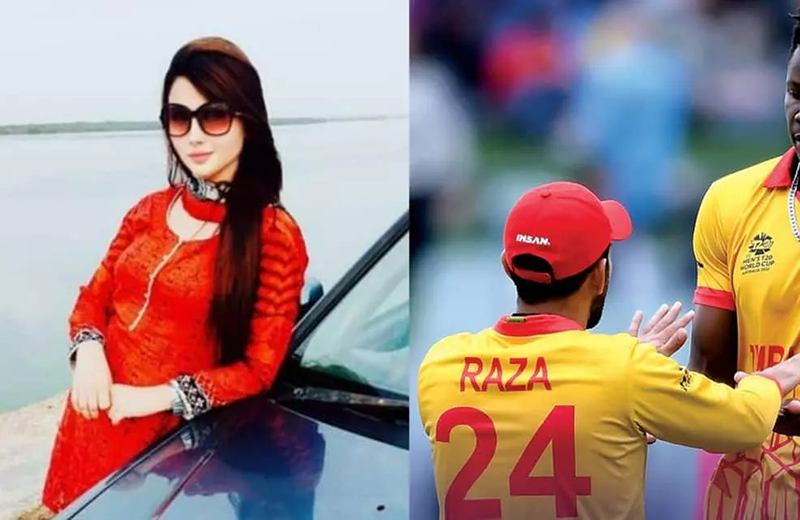 Indians are keenly waiting for their cricket team’s next match against Zimbabwe in their last Super 12 match of the ICC T20 World Cup 2022 on Sunday.

However, they are not alone, a Pakistani actress is also keenly waiting for the match, as she has vowed to marry a ‘Zimbabwean guy’ on India’s defeat.

Expressing her desperation to see India’s defeat in T20, Pakistani actress, Sehar Shinwari, has tweeted that if Zimbabwe defeats India, she will marry a ‘Zimbabwean guy.

Notably, she tweeted about the predictions weeks after Pakistan faced a crushing defeat by Zimbabwe.

I'll marry a Zimbabwean guy, if their team miraculously beats India in next match 🙂

However, she is not alone, as several Pakistan fan were continuously expressing their wish on Twitter to see India’s defeat during its match with Bangladesh on 2 November.

Many people tweeted praying for Bangladesh’s victory in the match.

A day after team India’s victory, the Pakistani girl tweeted, “I’ll marry a Zimbabwean guy if their team miraculously beats India in the next match.”

With this tweet, the actress was able to garner attention from Twitterattis and it also attracted a wide range of reactions.

Those scrambling for the Zimbabwean citizenship after this tweet, please don’t believe her just yet. https://t.co/nXrDorosQk