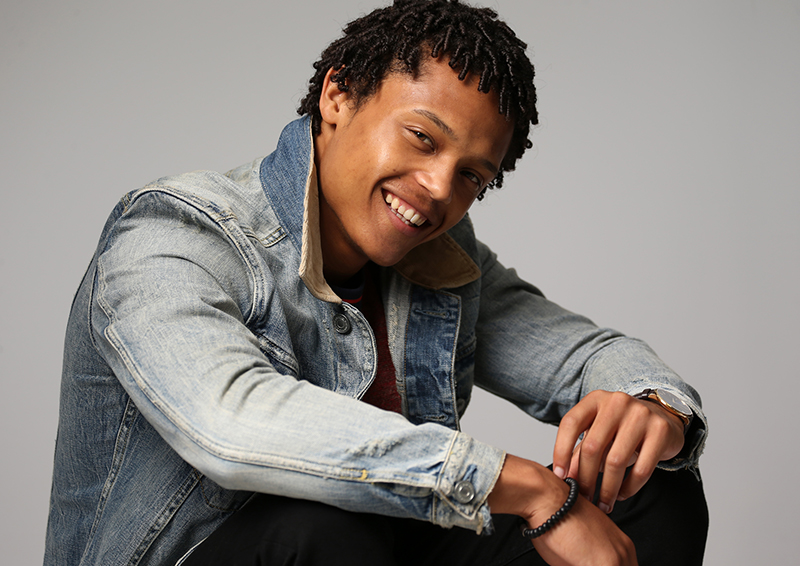 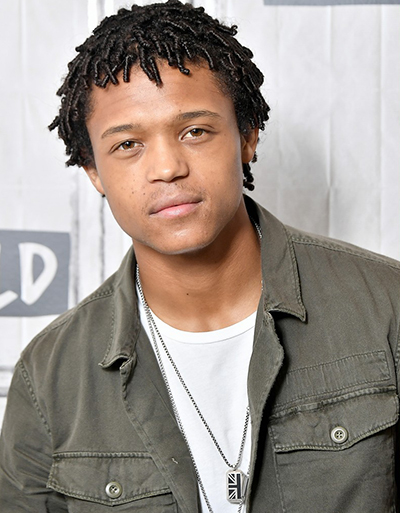 His beginnings were in a two-bedroom apartment in a South London estate he shared with his mother, aunt and cousins.

That’s all Zimbabwe-born Percelle Ascott had, besides a childhood filled with beautiful memories.

“I remember riding my bike everywhere, playing football and making treehouses. All the kids who grew up on my estate knew each other, and it was probably where my love for acting grew from.

“I had a wild imagination for all the things I didn’t have. I would make something out of nothing.”

Such mental calisthenics obviously helped. Today, the 25-year-old Ascott is a British actor with a plum role on the Netflix sci-fi romance series The Innocents.

His family moved to London when he was three. His recollections are a mixed bag – struggles and triumphs, and a mother who is his role model and motivation.

I’m sure every family has struggles, especially financially, when you live in London, but I was blessed to have a hard-working mum and aunt who always provided for me and my cousins,” he says.

There are an estimated 700,000 Zimbabweans in the United Kingdom (UK). Most jokingly call the UK ‘Harare North’.

Ascott didn’t need much coercion to take to acting; his first stint was at the age of 11, in a school play.

“I played Mowgli in Jungle Book. My mum told me how I would recite everyone’s lines if they forgot them. But it wasn’t until I went to secondary school where I came across an exceptional drama teacher who instilled so much confidence in me.”

He dreams to be a part of some exceptional storytelling.

“We only remember the stories that shaped us, shaped our perspective on the way we view the world. I hope I can create meaningful real characters people can relate to; [they] can laugh with me, cry with me and go through a journey together.

“I remember watching the film Philadelphia starring Tom Hanks and Denzel Washington and couldn’t help but think about Denzel’s character. The journey his character goes through is so powerful given the timing of the film. At the start, he has this ignorance toward HIV/AIDS which is shaped differently when he meets Tom and becomes his lawyer fighting his case. I’m sure it must’ve informed the opinion of audiences who had the same perspective on HIV/AIDS.”

Ascott’s new role in The Innocents has been since June 2018.

“The casting was a lengthy process that required me to do a few rounds plus chemistry tapes with different actresses, but I guess that’s what it takes when you’re trying to find Harry and June [the lead protagonists]. Their romance being so crucial to the story, that energy between them being something that just has to fit,” he says.

Ascott proudly represents a country many wish they didn’t come from.

Since the launch of the show on Netflix, I’ve had a huge number of fellow Zimbabweans reach out to me. I find that special because it’s not something a kid from Zimbabwe has as their career trajectory, to be a lead on a Netflix show.”

In the future, he plans to lead film projects in Zimbabwe.

“There are more and more projects being funded in Africa as a whole. South Africa has a fast-established industry growing there. Why not Zimbabwe? I told my dad already we’re going to build a film studio in Zimbabwe one day. There are so many stories from Zimbabwe because of its vast history. Let’s show the world what the real Zimbabwe looks like…”

Other than acting, Ascott produces, writes and directs films. He is also co-owner of The Wall of Comedy, a platform on social media with a following of eight million people.

For young African aspiring actors, he also has some advice.

“Hard work, determination, and perseverance. Ultimately, I would say love. A love of what you do. A love of why you do it and to always use that as a compass for the choices you make.”

This article is taken from Forbes Africa.