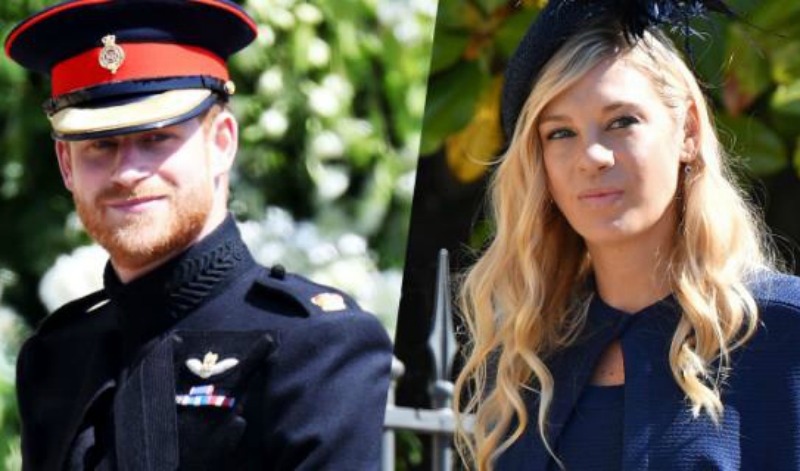 DAYS before they crossed paths at the ceremony, Harry and Chelsy Davy had the ultimate closure with a “tearful phone call” the week of the wedding, Vanity Fair reports.

“It was their final call, a parting call in which they both acknowledged Harry was moving on. Chelsy was quite emotional about it all, she was in tears and almost didn’t go to the wedding,” a source told VF.

Though Davy and Harry remained friends after parting ways, she and Bonas weren’t invited to the private evening reception at Frogmore House. But there were ultimately no hard feelings for the snub. “In the end, she went and promised Harry she wouldn’t try and gate crash the party,” the insider added.

Harry and Chelsy dated on-and-off for seven years, but remained on good terms after they finally split in 2010. She said she and her royal ex would always “be good friends,” per Daily Mail.

She was even invited to Prince William and Kate Middleton’s royal wedding the following year.

However, Davy recalled how she struggled with the media scrutiny of her and Harry’s relationship and ensuing breakup. “It was so full-on: crazy and scary and uncomfortable. I found it very difficult when it was bad. I couldn’t cope,” she said, according to Daily Mail. “I was trying to be a normal kid and it was horrible.”

If Davy did show anything discomfort at Harry and Meghan’s wedding, the internet was quick to point it out. Twitter noticed the former lawyer looked a bit uneasy at her seat, and she instantly became a meme.

But despite her viral facial reaction, there doesn’t seem to be any bad blood between Davy and Markle. At the lunchtime reception, she greeted the bride and “was all smiles as she hugged her tightly,” according to Mirror.