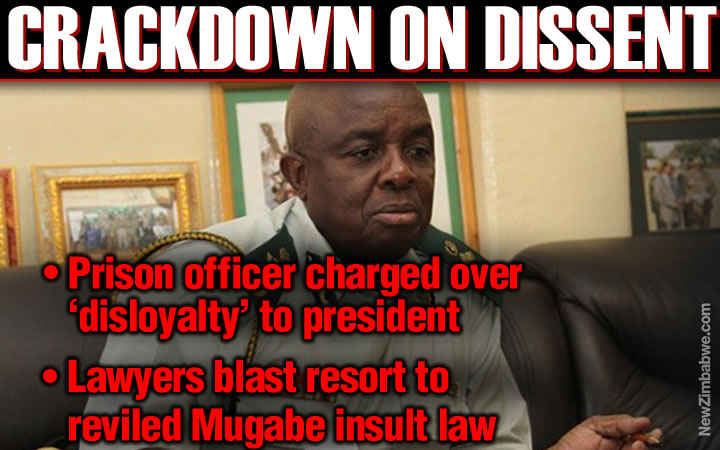 PRISON authorities have charged an officer with undermining President Emmerson Mnangagwa after he posted on social media comments calling the main opposition leader “my president”, lawyers said on Monday.

Zimbabwe Lawyers for Human Rights (ZLHR), a legal rights group, criticised the move as a “fresh clampdown on dissent” ahead of elections expected in July.

The July election will be the first since the ousting of long-time ruler Robert Mugabe, whose authoritarian regime routinely suppressed dissent and had also targeted critics on social media.

The Zimbabwe Prisons and Correctional Services (ZPCS) authorities summoned John Mahlabera, 36, an officer at Chiredzi prison, to appear before a disciplinary hearing on June 18.

He is charged with contravening section 3(1) of the Prison (Sfaff) (Discipline) Regulations1984.

Mahlabera was alleged to have called main opposition leader Nelson Chamisa “my president” after Chamisa addressed a rally in Masvingo province.

According to ZPCS, Mahlabera allegedly posted a message on micro blogging site Twitter, which reads; “Come to Chiredzi my president”.

ZPCS said by posting such a message on Twitter, Mahlabera showed loyalty to Chamisa and disloyalty to President Mnangagwa.

The ZPCS charged that Mahlabera’s conduct was disgraceful to Mnangagwa and the prison officer had no right whatsoever to act in the manner he did.

Four witnesses will testify against Mahlabera during the disciplinary hearing to be conducted next month in Masvingo, where the prison officer will be represented by Collen Maboke and Blessing Nyamaropa of Zimbabwe Lawyers for Human Rights.

ZLHR said that since 2010 they had represented nearly 200 people arrested and charged for allegedly “insulting or undermining the authority of the President”.

Mnangagwa, a veteran of the ruling Zanu-PF party, took power after Mugabe was ousted following a brief military takeover in November 2017.

The new president has vowed to hold a fair and free vote in the election, when he will face Chamisa and the Movement of Democratic Change party.