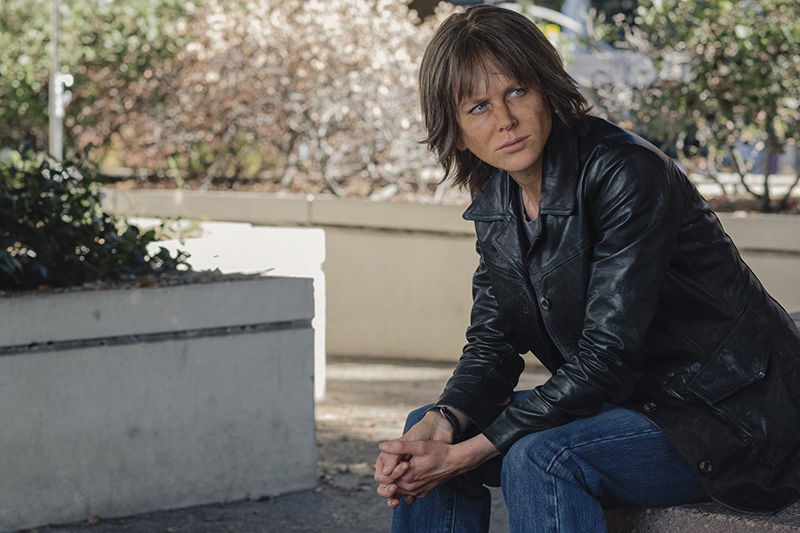 A different Nicole Kidman stares out at us under the harsh Los Angeles sun of the neo-noir “Destroyer.”

The actress who famously donned a prosthetic nose for “The Hours” has here gone to greater and grittier lengths of transformation. Her eyes are sunken. Her skin is hardened. Her stare is provocatively hollow. She looks dead inside — nearly so on the outside, too.

Such metamorphoses have long been standbys of Oscar seasons both past (Charlize Theron in “Monster”) and present (Christian Bale in “Vice”). “Nearly” unrecognisable is the goal, not actually disappearing.

The point isn’t to forget who you’re watching, it’s to impress upon you the masterful changeability of the actor beneath all the makeup and wig.

Karyn Kusama’s “Destroyer” presses a little too much, in both Kidman’s showily chameleonic performance and in the relentlessly grim and fragmented tale of a hardboiled L.A. detective haunted by a trauma from her past.

But while “Destroyer” can be overwrought and mechanical, it’s an often gripping, well-crafted crime drama with distinction of its own in the genre, an almost always male-dominated one.

We meet Det. Erin Bell (Kidman) as she stumbles to a crime scene, cowering at the morning sun. The other detectives, familiar with her hard-drinking apathy, don’t take her seriously.

Looking over the dead body, she sees a dyed $100 bill that triggers a memory, one that for Bell never receded into the past, anyway. She knows who did it, she says in a hoarse, rasping voice. Silas is back, she later tells a confidant.

Taking up what seems to be her first case in years, Bell embarks on a quest for the Silas in question, a ruthless gang leader (Toby Kebbell) whom Bell became close to 16 years earlier in an undercover operation with her partner-turned-boyfriend Chris (a first-rate Sebastian Stan).

The job ended tragically, we can tell, but the full story will only be pieced together throughout “Destroyer,” which toggles between the two timelines.

The schematic frame of “Destroyer,” penned by Phil Hay and Matt Manfredi, is equal parts frustrating and illuminating. The flashbacks, in which Kidman appears more resplendently herself, gradually explain how Bell came to be such an empty shell of a woman, estranged from her teenage daughter Shelby (Jade Pettyjohn). In a series of encounters across a sunbaked and sinister Los Angeles, she draws ominously closer to both Silas and her past.

It’s been a while since we’ve had a Los Angeles on screen like this one. Gone is the rainbow-coloured playground of “La La Land,” back is the underbelly Michael Mann so memorably trafficked in. For noir-heads like myself, that feels good. Kusama (“The Invitation”) has a muscular grip on the locale and the material, including a handful of riveting set pieces.

Those scenes and others gain something by being staged from the perspective of the film’s antihero protagonist. Bell is an unapologetically corrupt detective who thinks little of tampering with evidence or, to secure a desperately needed tip, sinking much lower. Her pursuit of Silas isn’t motivated by justice but by vengeance and soul-destroying guilt.

Kidman’s performance may be overcooked but it’s rigorous and tough. Along with her supporting performance in “Aquaman,” Kidman is kicking some butt this December, and it’s thrilling to see her stretch in new bad-ass directions. Her Los Angeles detective in “Destroyer” makes for an intriguing if overly bleak descendant of the Philip Marlowes who came before her.

“Destroyer,” an Annapurna Pictures release, is rated R for language throughout, violence, some sexual content and brief drug use. Running time: 123 minutes. Three stars out of four.