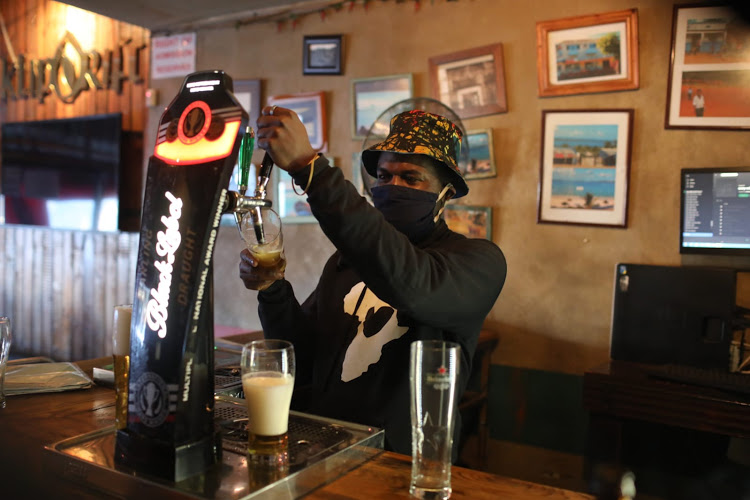 A bartender in Melville, Johannesburg, wears a mask while pouring beer during eased lockdown restrictions. Less than 2,000 new cases of Covid-19 were again reported across SA on Wednesday.
Spread This News

Taking into account the number of recoveries and deaths, Mkhize said there were 54,753 active cases.

A day after SA passed 16,000 fatalities, Mkhize said on Wednesday that 88 new Covid-19 related deaths had been recorded.

Of these, two were from the Eastern Cape, 18 from KwaZulu-Natal, 11 from Gauteng, 22 from Limpopo, nine from the North West, and 13 each in Mpumalanga and the Western Cape.