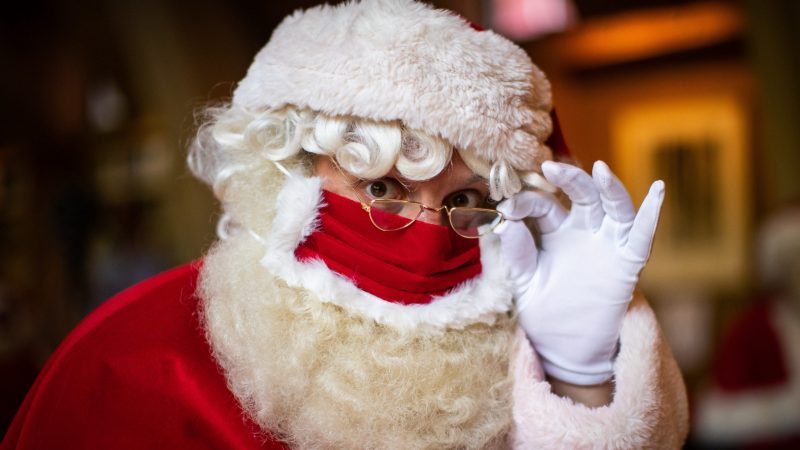 THE idea of a normal Christmas is a “fiction” and Scots should prepare for digital celebrations; national clinical director Jason Leitch has said.

The government has insisted that the latest Covid-19 restrictions are having an impact on the spread of the virus.

But Prof Leitch told BBC Scotland there was “absolutely no question” of a “normal” Christmas being allowed.

Measures could be eased if case numbers fall, but Mr Leitch said people should “get their digital Christmas ready”.

Opposition politicians said the public would be “devastated” by the news and called for more details.

First Minister Nicola Sturgeon said the government was making “really tough” decisions and would not “tell people what they want to hear to make it easier in the here and now”.

Tight restrictions on the hospitality trade focused in particular on Scotland’s central belt have been extended for another week as coronavirus case numbers continue to rise.

These short-term measures are to be replaced with a new five-tier system of alert levels from 2 November, although First Minister Nicola Sturgeon has warned that this does not rule out “even tougher restrictions” being imposed if necessary.

‘Christmas is not going to be normal’

Speaking on BBC Radio’s Good Morning Scotland programme, Prof Leitch said the current curbs – along with the ongoing ban on household gatherings – was causing a “deceleration” in the increase of cases.

He initially said it was “honestly too early to say” what would happen at Christmas, but sounded a note of caution over the prospect of measures being eased significantly over the winter.

He said: “I’m hopeful costs now may get us a more family Christmas. But Christmas is not going to be normal, there’s absolutely no question about that.

“We are not going to be in large family groupings, with multiple families coming round – that is fiction for this year.

“I’m hopeful that if we can get numbers down to a certain level we may be able to get some form of normality. But people should get their digital Christmas ready.

Ms Sturgeon has previously insisted it was too early to plan for Christmas, saying it was too soon to tell what impact restrictions are having on the spread of the virus.

The government will publish guidance this weekend about how families should celebrate Halloween, with Ms Sturgeon saying: “It is not safe right now to do these things as normal.”

The first minister said that the more people stuck with the rules “the more chance there is” of a more normal festive period, but said government had to be “honest and straightforward” with people.

She added: “Some of the really tough additional things governments are doing right now with extra restrictions are also in part about trying to deal decisively with an upsurge in the virus now, so we give ourselves the best chance of greater normality at Christmas.

“Christmas this year for no country anywhere is going to be absolutely normal and without any restrictions. I could do what politicians would do in normal times and try to tell you otherwise, and let people down nearer the time, but that’s not the right approach right now.

“We are not likely to be able to celebrate Christmas with no limits on how many people we have in our homes and on what we do.”

She said that the “best chance of getting as much normality over the Christmas period as possible is for all of us to abide by these restrictions and all the guidance right now”.

Ms Sturgeon added that any restrictions would not prevent Santa from delivering presents to children on Christmas Eve, describing him as a “key worker”.

He said: “People have made huge sacrifices for months on end, they will be devastated to hear that Christmas as they know it is cancelled this year.

“Many will rightly question whether the government have used the past six months as well as they could have to expand testing, shore up our NHS and prepare for a second wave.”