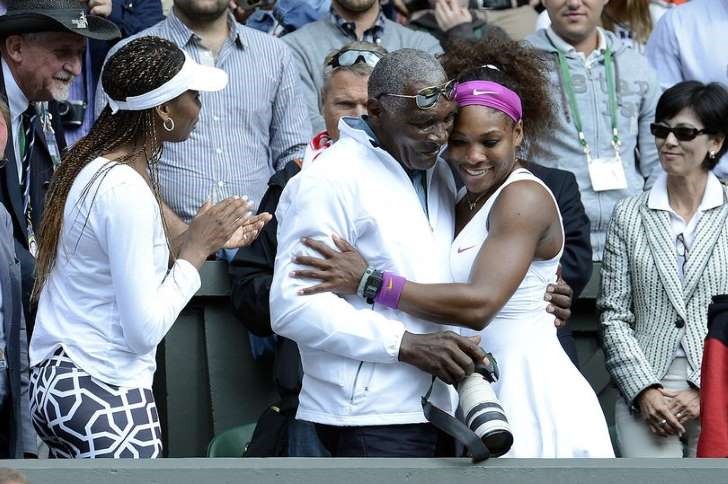 Serena Williams has revealed why her dad pulled out of walking her down the aisle just an hour before she was due to wed Alexis Ohanian .

The tennis superstar and the Reddit co-founder married on 16 November 2017 in a lavish, star-studded ceremony in New Orleans.

However, in Serena’s new HBO documentary called Being Serena, the mum-of-one said the pair’s nuptials didn’t completely go to plan.

Just one hour before Serena was due to walk down the aisle, her dad and former longtime coach Richard Williams told her via a text that he didn’t feel comfortable giving her away.

“He was in New Orleans, he had a suit, and I know he was really excited,” Serena explains in the documentary.

“But then he wrote me and said, ‘Serena, I don’t want you to be mad at me, but I just can’t walk you down the aisle. I’m not myself anymore. I’m just too nervous.'”

But Serena wasn’t angry with her dad and didn’t panic – instead, she remained calm and completely supportive of his decision.

She replied: “Daddy, it’s okay, if you don’t want to come to the wedding at all, that’s okay too.

Serena added that some people may have reacted differently, but she knows the struggles her dad – who suffered a stroke in 2016 – had been through over the last few years.

What was important is that her close family understood their bond, she said.

“If he doesn’t want to be up there in front of a lot of people, I completely understand. Look, when we first came on the scene, there were a lot of people who didn’t get him.

“We just want each other to be happy. That’s what matters. I don’t think anything could ever change that.”

Serena ended up walking down the aisle alone.