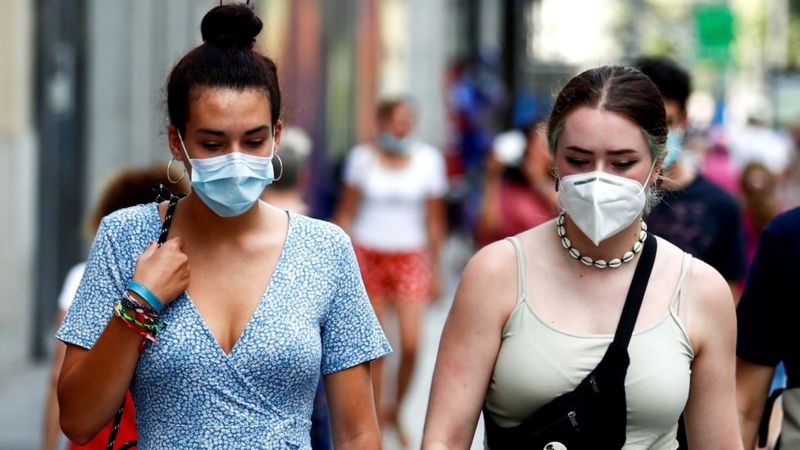 Spain has declared a national state of emergency and imposed a night-time curfew in an effort to help control a new spike in Covid-19 infections.

Prime Minister Pedro Sánchez said the curfew, between the hours of 23:00 and 06:00, would come into force on Sunday.

Under the emergency measures, local authorities can also ban travel between regions, he said.

Mr Sánchez said he would ask parliament to approve an extension of the new rules from 15 days to six months.

Spain was hit hard during the first wave of the pandemic earlier this year and imposed a much more restrictive lockdown – one of the toughest in the world.

Like many other European regions, however, it has been hit by a second wave of infections.

“The situation we are going through is extreme,” Mr Sánchez said in a televised address on Sunday, adding: “It is the most serious in the last half century.”

Movement between districts will be determined by regional leaders and is likely to be dependent on work and medical needs.

There is also a limit on public and private gatherings of different households to a maximum of six people.

The new emergency measures, which more than half of Spain’s 17 regions had been calling for, apply to all regions except the Canary Islands.

The same level of emergency was introduced during the first wave of the pandemic in April.

Spain has passed one million cases since the start of the pandemic and nearly 35,000 people have died.

Meanwhile, Italy is shutting cinemas, swimming pools and gyms from Monday in a further attempt to curb the rapid rise in coronavirus infections there.

Bars and restaurants will have to close by 18:00 but shops and the majority of businesses will remain operating.

Mr Conte has said he does not want to repeat the national lockdown imposed during the first wave in March and April because of the economic damage caused.

Under the new measures, the bulk of secondary school teaching will be conducted online instead of in the classroom.

The Italian move comes amid demonstrations in Naples, and then Rome, against stricter coronavirus measures.

Saturday saw a new daily record of cases in Italy of more than 19,600. The number of deaths was 151.