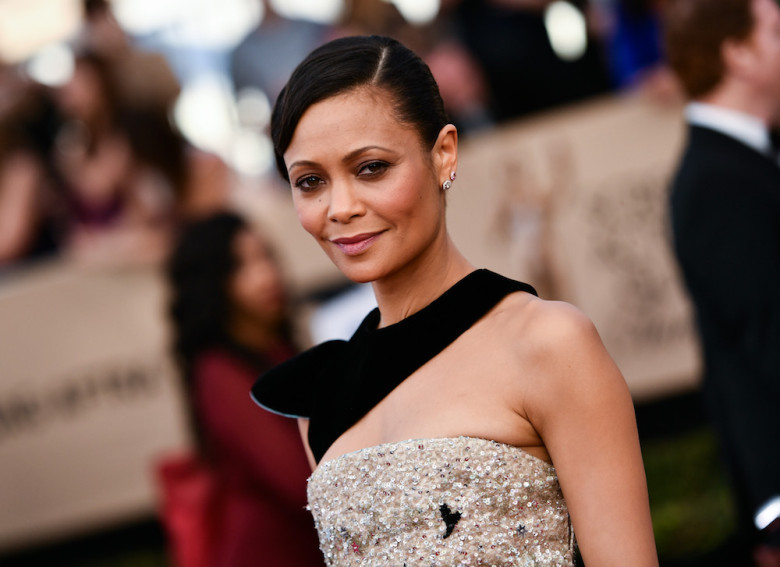 This story is taken from the Independent (UK)

THANDIE Newton has claimed the Hollywood campaign to fight sexual harassment in the film industry did not want her involvement because she was not “hot enough”.

The actor, who is known for her roles in Mission: Impossible II and Crash, said she found it “very painful” not being included in the Time’s Up movement which surfaced in the wake of the bombshell Harvey Weinstein allegations.

Newton, who has also starred in sci-fi western thriller TV series Westworld, said her disappointment at not being involved stemmed from the fact she was previously “ostracised” for speaking out about alleged sexual abuse by a director.

“I have been an activist for 20 years. It’s been a long time coming. I certainly agitated for it to happen sooner, but no one was interested and people thought I was a bummer,” the 45-year-old told Australia’s Herald Sun newspaper.
“Even my publicist told me to stop talking about it because it was bad for my reputation.”

In July 2016 – well over a year before the Me Too campaign erupted – Newton, who is a board member for a charity aiming to prevent violence against women called V-Day, spoke out about an incident in which she said a director sexually exploited her in a casting audition at the beginning of her career.

The London-born star said she thought her campaigning efforts had led to her missing out on work in the film industry.

“I wasn’t seen as a f***able member of a movie set and I was passed over for roles because of it. I was ostracised because I wouldn’t stop talking about it,” she said.

“When Time’s Up was put together, to not be invited to be a part of it, was very, very painful. It’s hard for me, as someone who has been talking about it for a long time… it’s lonely.”

Newton, who has appeared in a number of films which look at violence against women, then addressed why she thought she had not been included in the Time’s Up movement which is described as a “unified call for change from women in entertainment for women everywhere”.

“I wasn’t hot enough. I wasn’t mainstream enough, and I wasn’t going to be at the Oscars this year, even though I am having a kind of renaissance in my career,” she said.

Some of Time’s Up most prominent leaders have responded to Newton since her remarks.

Jessica Chastain, a Hollywood actor who is one of the movement’s most high-profile leaders, responded online to actor and director Asia Argento who shared an article about Newton’s comments on Twitter.

“I have felt so bad that some feel excluded,” she wrote in reply to Argento. “I was never asked to join anything, I just came forward to see how I could be of service. No one is unwelcome. The more women that come together, standing shoulder to shoulder, the stronger we are.”

She added: “You, and so many others, were so brave to speak up and start this movement. It is my goal to make sure it will never be in vain. I will always support you and what you did.”

Chastain also responded directly to Argento, saying: “I invited you to the first meeting at my house Nov 27th but unfortunately, you were out of town. It wasn’t called #TimesUp cuz we didn’t have a name. It was just a group of actresses coming together to see how we could support the brave women coming forward & create lasting change.”

Argento replied: “You’ve been so kind and supportive not only to me, but to a lot of survivors. But when you invited me to your house you said it was just a lunch with actresses, not that you guys were starting a movement.”

The Time’s Up movement was founded by Hollywood stars on 1 January 2018 and has raised $20m (£14m) for its legal defence fund and gathered over 200 volunteer lawyers.