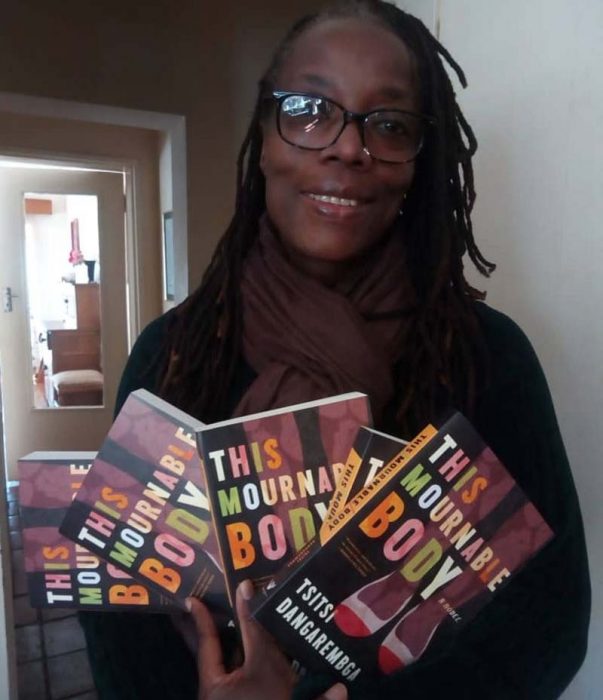 ‘This Mournable Body” by Zimbabwe author Tsitsi Dangarembga is a gripping, personal story of one woman’s drive to succeed despite mounting obstacles in her path, a narrative meant to mirror the journey of Zimbabwe itself.

Despite her education and training, Tambudzai finds herself middle-aged and living in a youth hostel in downtown Harare, with no job and dwindling savings.

Her previous position at an advertising agency was lucrative, but she tired of “the white men who put their names to your taglines and rhyming couplets,” and quit. Now she spends “much time regretting digging your own grave over a matter of mere principle.”

Yes, the novel is written in second person, to startling effect, as readers are implicated in all of Tambudzai’s actions and decisions, from turning on a housemate to secure her own survival, to refusing to support her rural family, represented as a bag of mealie meal that follows her from residence to residence until, in a moment of both independence and deception, she buries it in the backyard.

Still, despite her reticence, her family stands by her, coming to her aid when she is recovering in a psychiatric hospital after a gruesome workplace assault. Nyasha, Tambudzai’s idealized cousin, welcomes her to recover at the home she shares with her German husband and their two children. “Your cousin is your crossing place,” Tambudzai thinks. “Your steppingstone to becoming the remarkable, well-to-do person you wish to be.”

But despite her two advanced degrees from European schools and her German husband, Nyasha lives in filth, making a meager living running development workshops for young women. Seeing the slide her beloved family member has taken, Tambudzai becomes desperate to reinvent herself at all costs and accepts a position in the new Ecotourism industry, a scheme that threatens to exploit her home village.

“Concerned not to let your newest opportunity float away, you are constantly on the lookout for handholds, like low-lying branches above a raging river, which you can grasp first to balance yourself and, subsequently, to heave yourself upward, which in this case means northward to the affluent suburbs that signal undeniable success.”

This article is taken from thegazette.com.