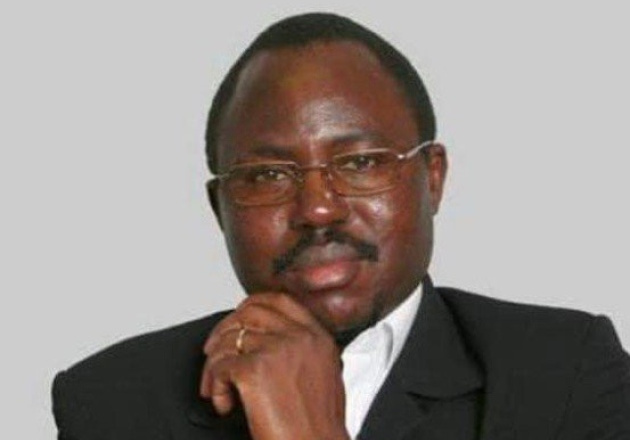 Tributes have been paid to a “kind and selfless” Tower Hamlets social worker who died with Covid-19.

Father-of-four Irvin Fantie Moyo, who worked for the council’s social services department, died in Chelmsford’s Broomfield Hospital, where his wife Isabelle is a nurse.

The 56-year-old battled coronavirus for two weeks in intensive care before passing away on May 1.

His brother Chris Moyo, 65, said: “We honestly thought he’s be able to beat it. He was healthy and seemed like he was getting better. He was not old enough to die.

“My brother was the most kind and selfless man you could meet. He would go out of his way to help anyone. He was proud of his job and of his family. He would support anyone who needed his help. His passing has hit the family so hard. It has left a huge vacuum and we are all completely heartbroken.”

Irvin, who is originally from Zimbabwe, came to the UK 15 years ago to train as a social worker and had previously been a teacher in Botswana.

He worked for Essex County Council for several years before moving to a job in Tower Hamlets last year. He was working from home when he started suffering coronavirus symptoms in mid-April and then began self isolating at his house in Chelmsford. He leaves behind a wife and four daughters, the youngest aged seven.

A spokesperson for Tower Hamlets Council said: “We can confirm with great sadness that Irvin Moyo, an agency social worker for the council, passed away on May 1, 2020 in hospital due to Covid-19.

“Irvin had worked for us since September and was a respected, popular and valued member of staff.

“We extend our sincerest condolences to his family at this very difficult time.”

Chris has set up an online fundraising campaign to pay for a funeral next month and a memorial when travelling restrictions are eased.

He added: “Irvin had nine brothers and sisters, some in the UK, some still in Zimbabwe. One of his daughters is studying at university in Johannesburg and cannot come home to say goodbye to her dad because of the lockdown.

“We are only allowed 10 people at the funeral, but know so many would want to come because he was so active in his community and church. We just hope that when people are able to travel again we will be able to give Irvin the send-off he deserves.”