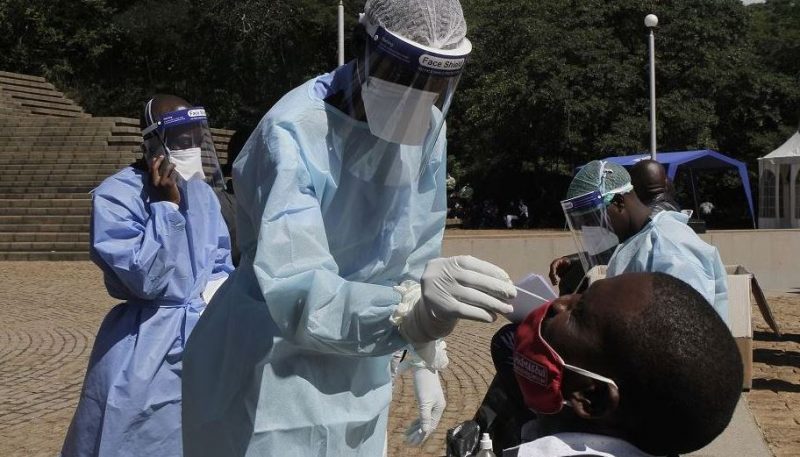 Zimbabwe appears to have reached a peak in its third wave Covid-19 infections health officials say the country has been registering low infection rates and deaths in recent weeks.

In July, during the peak of Zimbabwe’s third wave, the country recorded about 50 deaths and more than 1,000 new cases on average every day up to the beginning of August.

July remains the worst month as far as infections and deaths are concerned, with 58,996 new cases and 1,743 deaths recorded.

There has been a significant decline this month with only 13 deaths and 165 new cases reported as of August 22.

Amid the decline in figures, the country is also forging ahead with its vaccination program and remains one of the leading lights on the African continent, thanks to easy access to vaccines from China.

“Great milestones reached in the Covid-19 vaccination drive. More than 1 million citizens fully vaccinated and more than 2 million have received the first dose,” the association said.

Although there has been a huge uptake of vaccines, there continues to be resistance to the drive by many people on various grounds, some of them religious, or simply out of fear of the unknown.

A health worker in rural Marondera, Mashonaland East Province, told Xinhua that the uptake there was very low, especially among the elderly, because many people feared that they could suffer irreversible side effects.

“Even community and traditional leaders who are supposed to be leading the program are staying away,” he said.

On Monday, the Ministry of Health and Child Care reassured them that they could take the vaccines without any fear.

“Covid-19 vaccines may be administered to people with underlying conditions, like cancer, asthma, HIV, hypertension and diabetes, liver, and kidney problems and boost their immunity. They are encouraged to continue taking their medication as advised by their medical doctors,” the ministry said.

The College of Primary Care Practitioners of Zimbabwe and Zimbabwe College of Public Health Physicians on Monday also issued an advisory to the public and health practitioners on the high Covid-19 death rates, raising concern over the low uptake of vaccines by some prioritised groups.