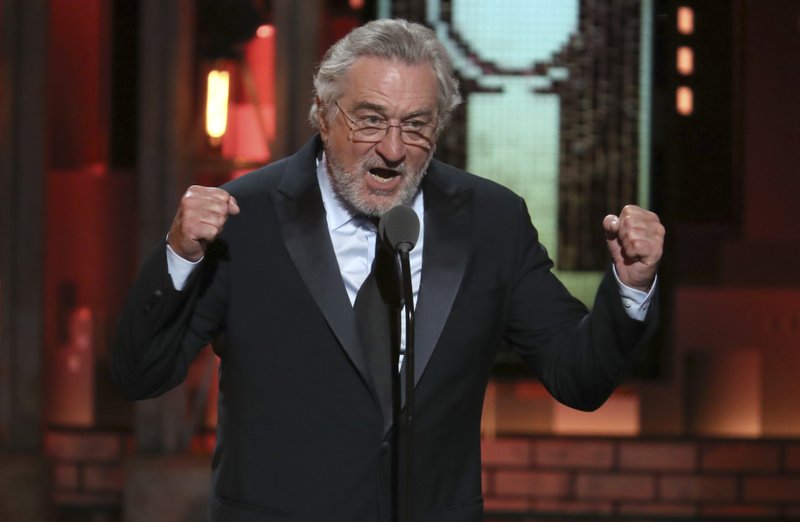 US President Donald Trump hit back at Robert De Niro on Tuesday after the Oscar-winning actor used an expletive to condemn him at the Tony Awards.

“Robert De Niro, a very Low IQ individual, has received to many shots to the head by real boxers in movies,” Trump tweeted. “I watched him last night and truly believe he may be ‘punch-drunk.'”

De Niro, who won the Academy Award for Best Actor for his portrayal of boxer Jake LaMotta in the 1980 film “Raging Bull,” got a standing ovation at the Tony Awards on Sunday with his denunciation of Trump.

“It’s no longer ‘down with Trump’, it’s ‘fuck Trump!'” he told the crowd at New York’s Radio City Music Hall honoring the best performances on Broadway.

The CBS television network, which was broadcasting the event live but with a delay of a few seconds, bleeped out De Niro’s expletive.

Trump defended himself against De Niro’s attack by praising the economy under his watch.

“I guess (De Niro) doesn’t realize the economy is the best it’s ever been with employment being at an all time high, and many companies pouring back into our country,” the president said. “Wake up Punchy!”

De Niro has attacked Trump on previous occasions, describing him in 2016 as “blatantly stupid,” “totally nuts” and an “idiot.”