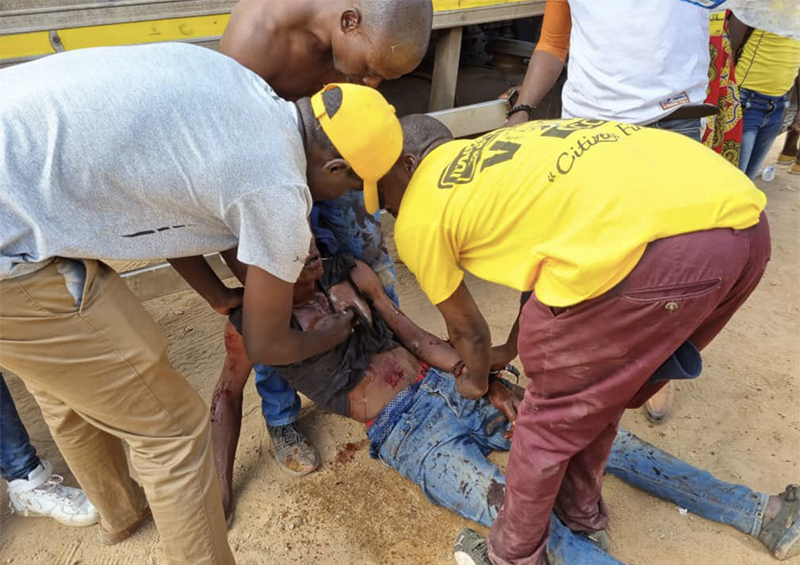 THE Citizens Coalition for Change (CCC) reported Sunday that one supporter was killed while more than a dozen were injured after violent thugs attacked a campaign rally addressed by party leader Nelson Chamisa.

Thousands of supporters attended the rally at Mbizo 4 shopping centre in Kwekwe and defied attacks by machete wielding thugs suspected to be ruling Zanu PF supporters.

The video below shows the moment the thugs attacked;